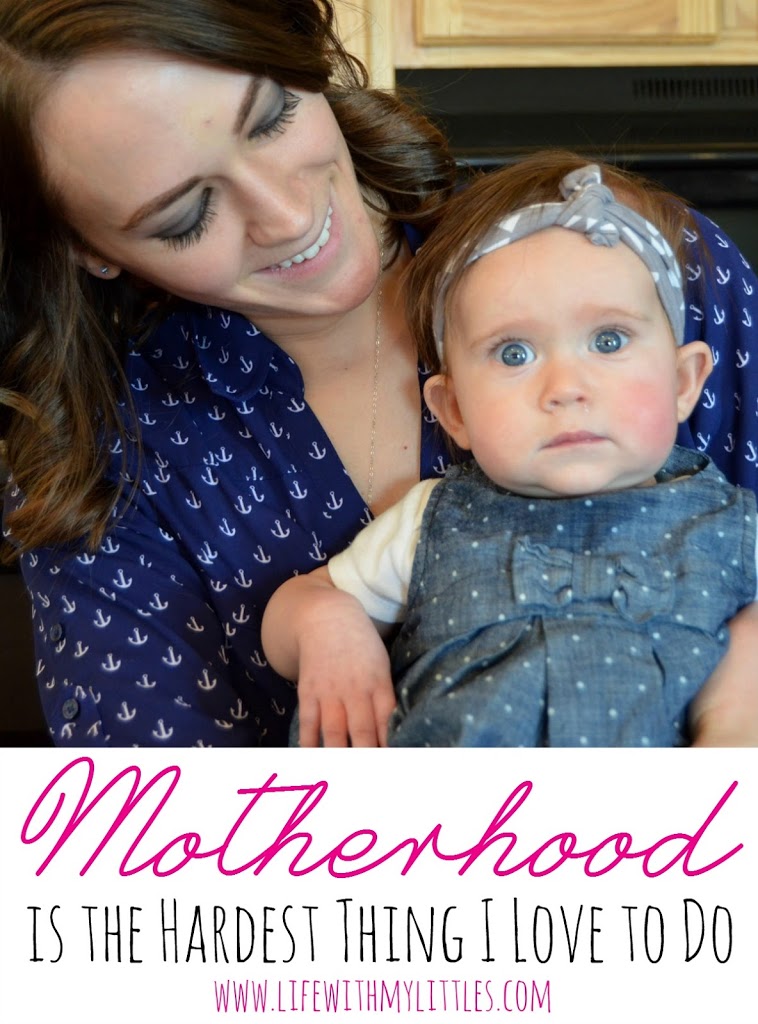 Motherhood is challenging me in a way I didn’t expect. Motherhood is teaching me a lot about myself recently, and in a weird way, the challenges I have been facing have made me love my kids even more.

Up until the last two months, my kids have been fairly easy. You would think it would have gotten hard when my daughter was born 18 months after my son, but quite the contrary. Now I wouldn’t say it’s been a breeze. We have had a few rough patches, but looking back there hasn’t really been a time when I was stressed, exhausted, and counting the minutes until bedtime. Both of my kids are laid-back, easy to please, and fun to be around. I feel like motherhood has been pretty low-stress for me.

Notice I said up until the last two months.Both of my kids hit hard patches at exactly the same time. My son has decided not to listen to us, he thinks it’s funny when we put him in time out, and he throws tantrums with the best of them. Our daughter was refusing to take a bottle, she won’t sleep unless she is tightly swaddled, and she will cry forever if you don’t pick her up. I think it would be easier to handle if these rough patches didn’t happen at the same time, but since they have, I am now dealing with two kids stretching me to my limits each day.

In just a few minutes, my son knocked his plate of scrambled eggs, blueberries, and peas to the floor, played with the light switches, dumped his plate I had just cleaned up, ran into our room, jumped on the bed, and then ran right through the mess of scrambled eggs, blueberries, and peas he had just dumped again.Another day my son woke up hysterical from his nap and couldn’t be comforted by food or television, and my daughter was hungry and tired but refused to breastfeed or bottle-feed. After about forty-five minutes of two kids’ constant crying, my daughter fell asleep in my arms while my son finally calmed down when I let him play with the iPad.

It was in this moment that I realized something. I love my kids so much. It was weird to realize that after they had just driven me to near madness, but it was more true at that moment than I had felt in a while. I am so glad that I am the one who has to deal with them. Because yes, I have to deal with those hard, whiny, crazy times, but I also get to deal with the sacred, happy, heart-melting ones like my daughter snoring in my arms while my son sings along to Bubble Guppies.