I’ll be honest with you. I lie to my kids a lot. Not once or twice a week, but multiple times a day. Here are a few examples of the lies I tell my children. 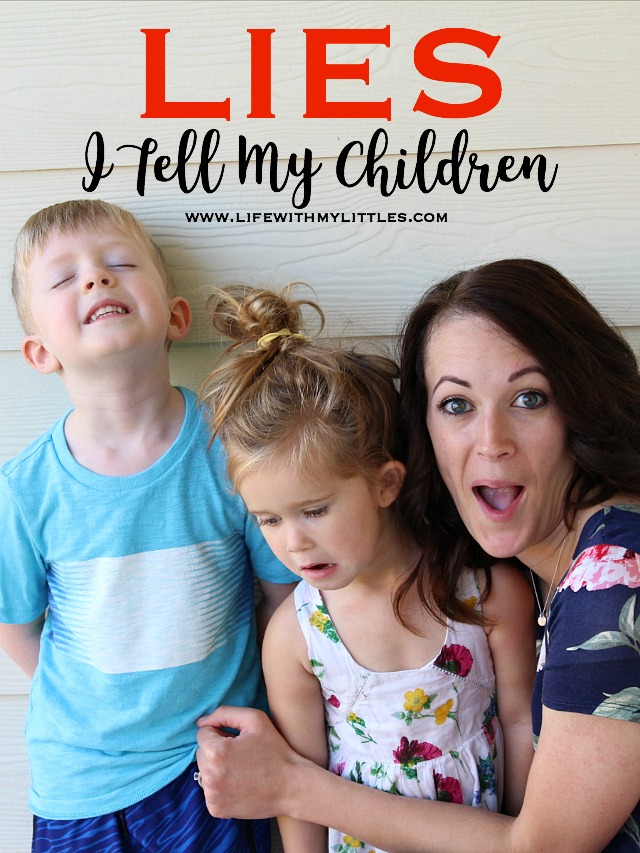 I’ll be honest with you. I lie to my kids a lot. Not once or twice a week, but multiple times a day.

It’s not like I’m lying to them about things that are going to hurt them in the long run. My lies are little and really, they benefit everyone involved. Here are a few examples of lies I tell my children so you can see what I mean:

1. It won’t hurt. As in, that shot won’t hurt. You and I both know it’s probably going to hurt, but it’s a lot better than my child getting the flu or chicken pox down the line.

5. It’s Elsa/Lightning rice. We love quinoa, but my kids don’t. So we usually get them to at least taste it by telling them it’s Elsa rice or Lightning McQueen rice. Works like a charm.

6. The iPad doesn’t work. To be fair, this one is basically true since our screen has a giant crack in it and pieces of glass are threatening to fall out. But before that happened, this was a lie I told quite often in order to prevent my son from watching weird YouTube videos of surprise eggs.

7. That show isn’t on right now. As in, sorry, but we can’t watch Doc McStuffins right now. Yes, we do have DirecTV and yes, I could easily go to the menu and turn it on, but I’m not going to sit through another song from Stuffy or Lamby.

10. That’s really cool. I love my kids and I love that they love to build and create things, but most of the time, I’m not impressed by their LEGO structures or their blanket forts. But I like to build their confidence instead of tearing it down, so I lie and tell them how cool their creations are.

11. That’s a beautiful picture. Again, I love that my kids love drawing, but I am not impressed by scribbles. And instead of asking what it is, I just lie and tell them their pictures are beautiful.

The lies I tell my children aren’t a big deal, and I still consider myself a good mom. But if my kids start asking if we are there yet on a 12 hour road trip two hours in, I’m going to lie to them and just say yes.