How to throw a Pinterest-worthy party: everything you need to know to throw a great party that everyone will love! After this you’ll know how to throw a party! 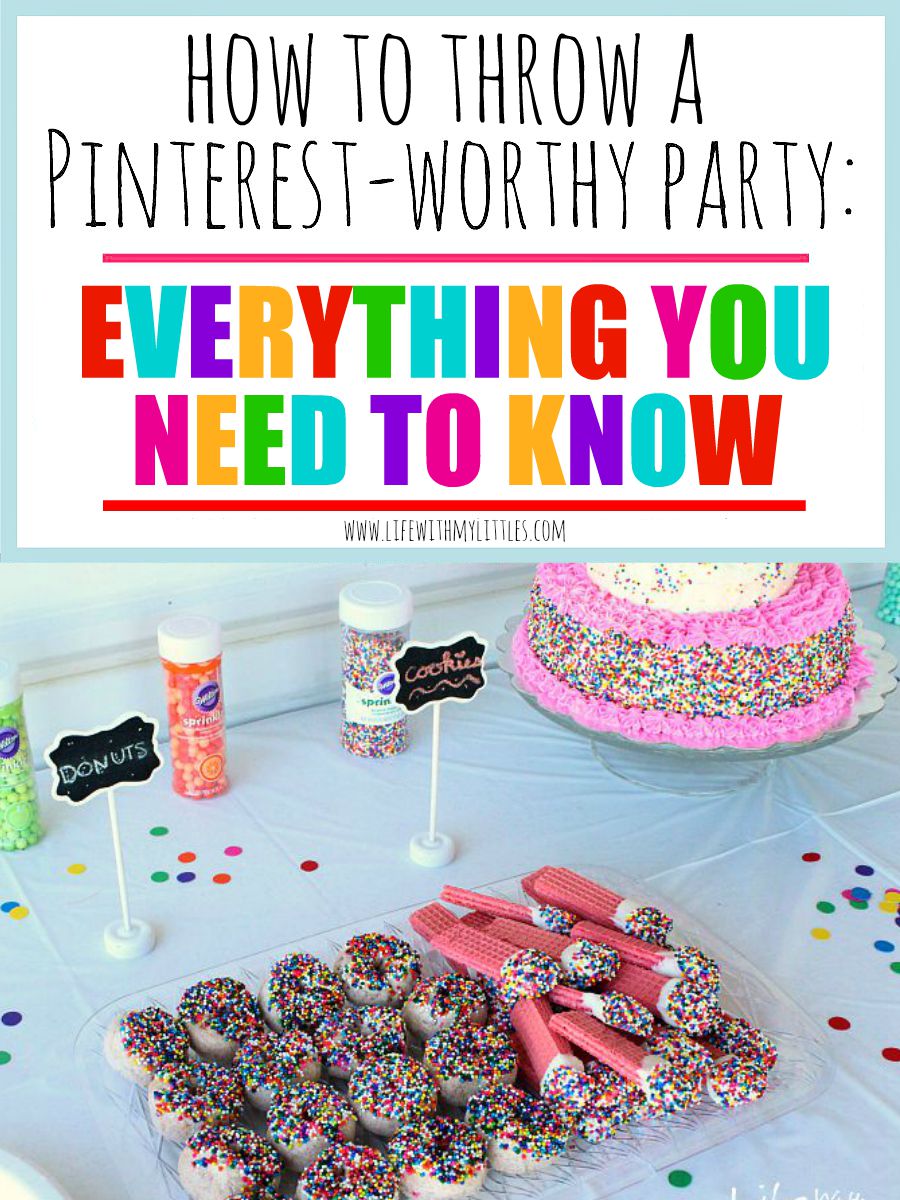 Last weekend we celebrated my daughter’s first birthday with a Rainbow Sprinkles party! It was so much fun! Both of our families were able to come to town, and we did it outside at the Mister’s grandparents’ house. The weather was perfect, and the kids had fun running around and playing. Everything turned out exactly as I hoped and I was really happy with the result. 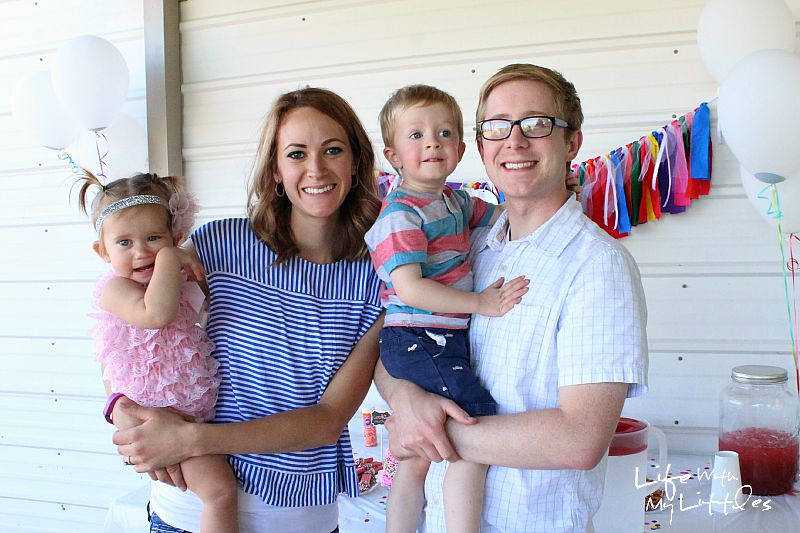 As I was planning her party, I thought it might be fun to put together a series about how to throw a Pinterest-worthy party. There are so many cute ideas out there, and it really is fun to put together a big celebration. The only problem is that it can be hard to know where to start! This post and the next three are going to be all about how to throw a Pinterest-worthy party; from the preparation, to the invitations, to the food, and the decorations. I’m going to give you all my tips so you can throw the perfect party for the special person in your life! Hooray! 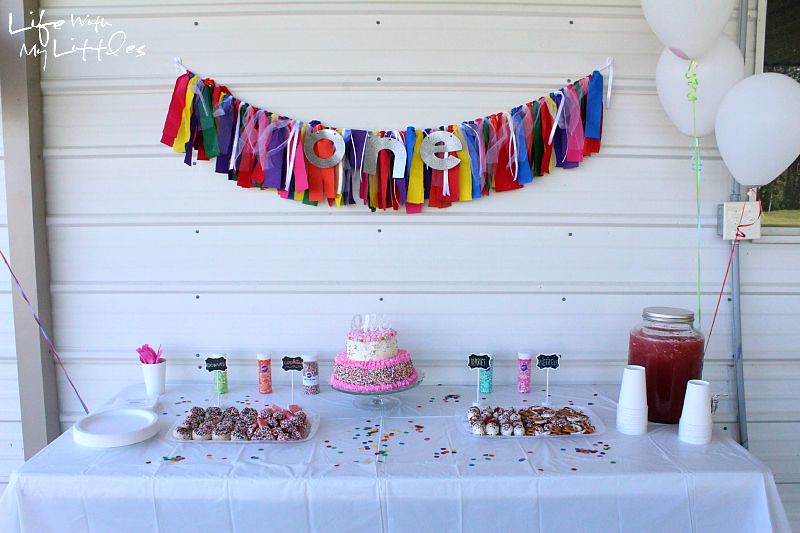 This post is going to be the intro post with general tips for throwing a great party. And if you want to make the most of it, you’ll want to refer to all the posts in the series, because I’m going to cover everything! But for now, here are some general tips to throw a Pinterest-worthy party. 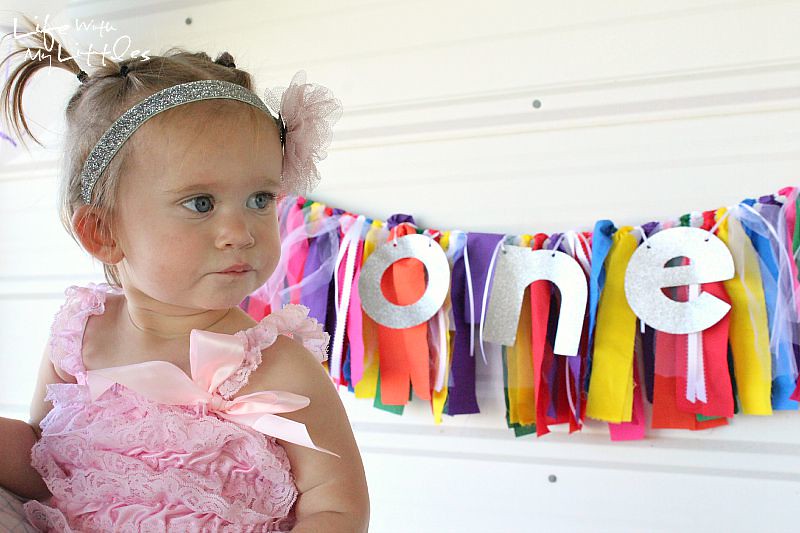 Pick a solid theme. It needs to be clear, concise, and easy to set up. You don’t have to pick anything big or over the top. Even a color scheme or something simple like trains will work. Just pick something that people will easily recognize and that won’t make you crazy trying to tie into the party. For example, sprinkles was a super easy theme to tie into everything! 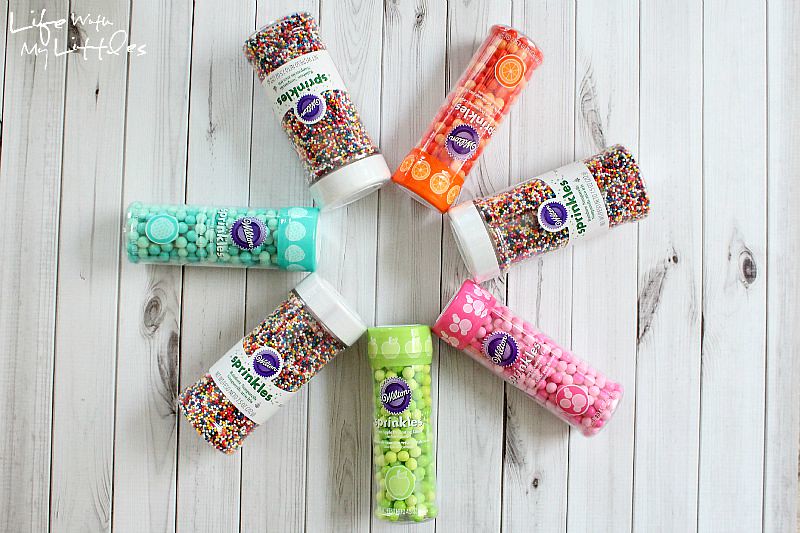 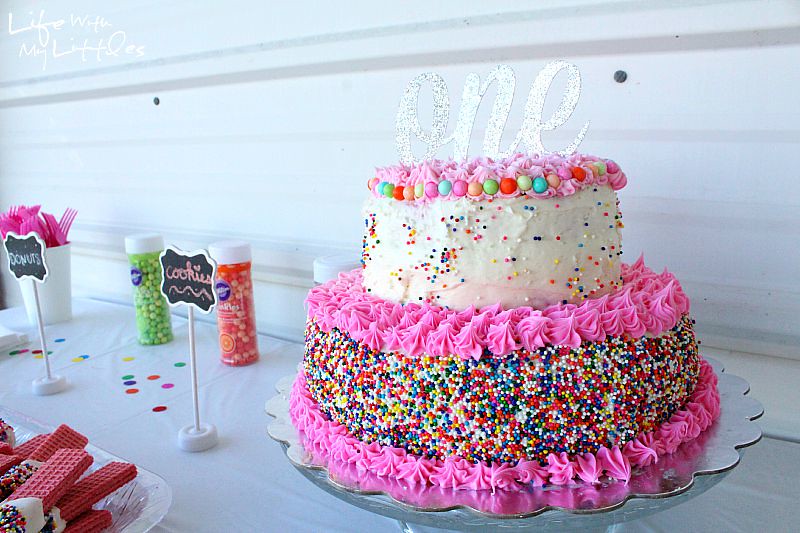 It’s in the details. While you shouldn’t go crazy planning your party, I do think that if you want to throw a Pinterest-worthy party, you want to pay attention to details. Put little labels on the food tables, tie the theme into the party favors and invitations, try to amaze your guests in all the little things you do. 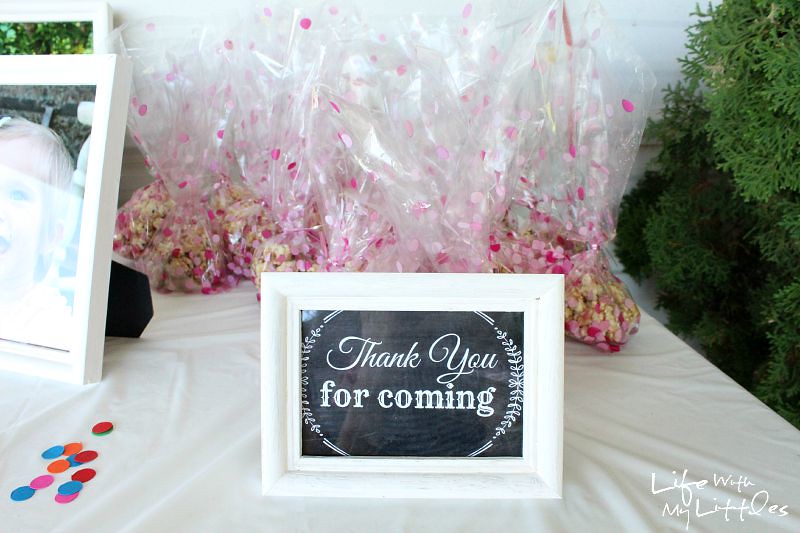 Start planning early. I started planning my daughter’s birthday party three months early. And not super intensely, but I mean like picking a theme, searching Pinterest for ideas for food and decor, and getting an idea of how many people I wanted to invite. You definitely want to know what you are doing a month in advance, because that’s when you want to start making decorations and buying things and sending out invitations. 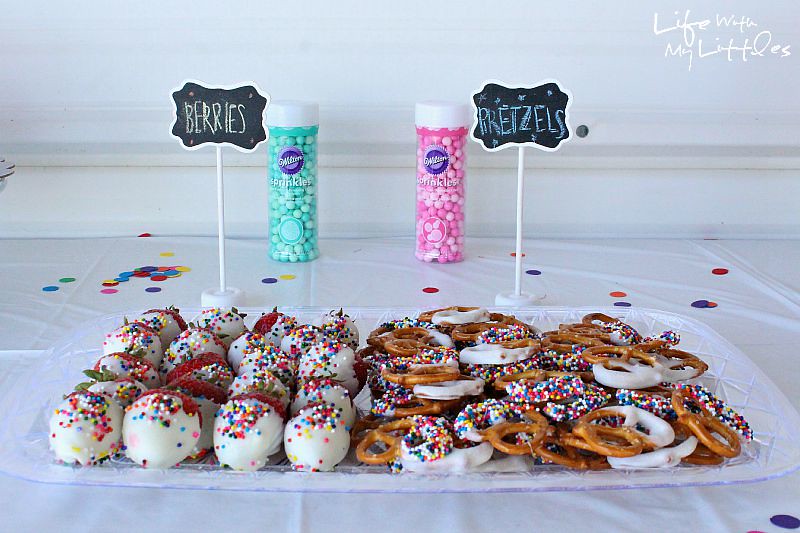 Make lists. Grocery, decorations, guests, food, and in the week leading up to the party, make a list of everything you need to do. When I planned my son’s train birthday party, I started planning two months in advance, and I used up 11 pages in my notebook with lists and plans. I even broke down my to do list into things to do each day before the party, and then one list of things to do to set up for the party. And it helped a ton! I didn’t forget anything, and I was able to relax during the party because I knew everything was set up and ready. 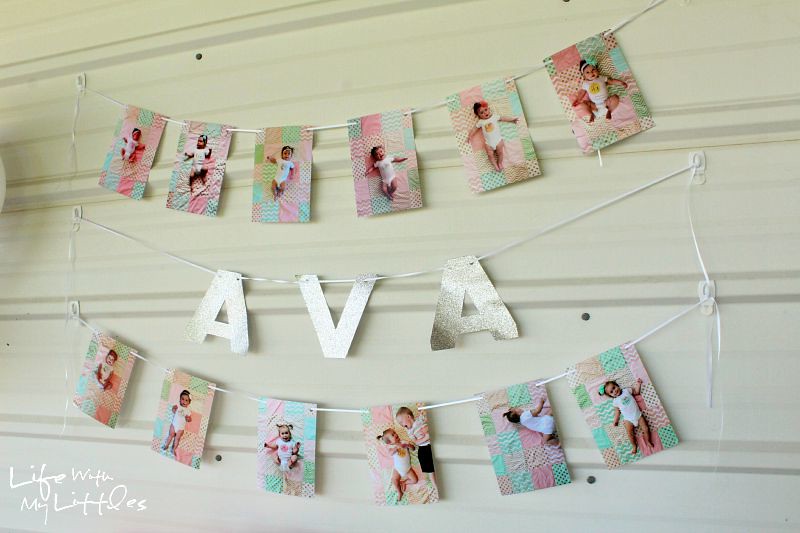 Don’t go too big. “Pinterest-worthy” does not mean big. You don’t have to do fifteen different desserts, plus serve four lunch options, plan five games for the kids, and have organized activities the whole time. Sometimes less is more in this sense. For Little A’s birthday party, I had a single dessert table set up with a cake, strawberries, cookies, pretzels, donuts, and a drink. Then I had some simple decorations, a table for the guest book and presents, and then some tables set up outside. We also grilled hot dogs and had chips (thanks to Grandma!). For Little J’s birthday party, we invited all his little friends. Instead of planning specific games, we brought over some balls and a basketball hoop and they were happy the whole time. Don’t overthink it! 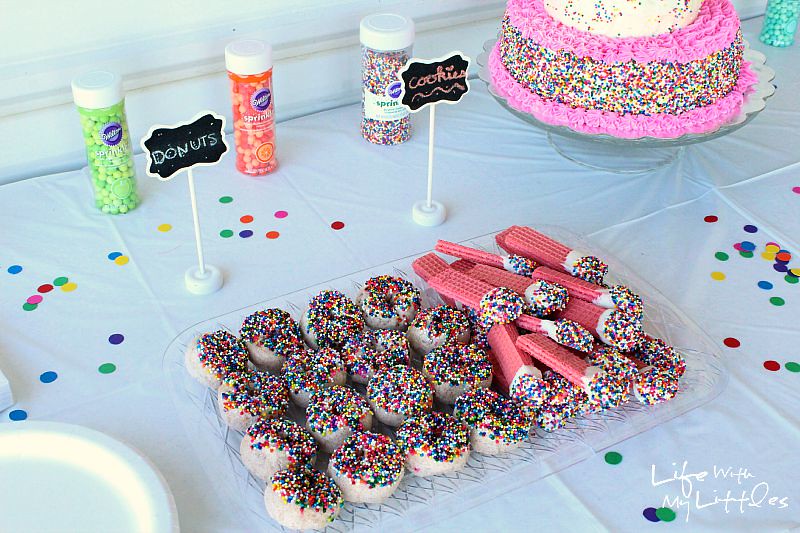 Don’t invite too many people. I invited a lot of people to Little J’s party and it was overwhelming getting everything ready (and then we had TONS of desserts left over! Train cookies for days!). For Little A’s birthday, I decided to just stick with family members. That way I could invite less people and they all knew each other so they would talk and I wouldn’t have to plan a bunch of things to do. Much easier, and a lot better for everyone! 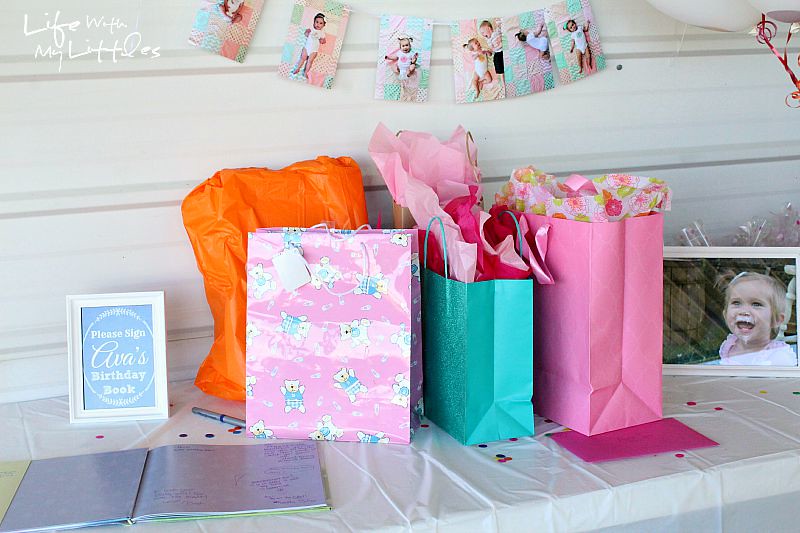 If you don’t know how to make something, find someone who does! One of my favorite places to look for party decorations is Etsy. I got Little A’s cake topper from Mika’s Party Shop and her invitations from fromtheNORTH. Paisley Palooza has some really cute serving things, and Design Sprinkle has some of the cutest paper products. If there’s something you can’t make, there’s always someone who can make it on Etsy. 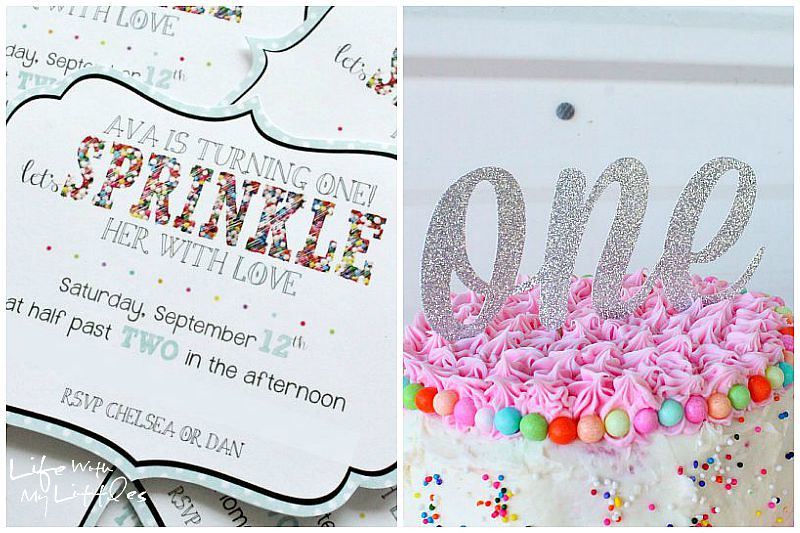 Throwing a Pinterest-worthy party doesn’t have to make you go crazy. If you plan early and use Pinterest for inspiration, you’ll know exactly what you want and you’ll be able to do it. Don’t go too big, and have lots of fun! Planning a party can be a blast, and you really can have a lot of fun doing it! 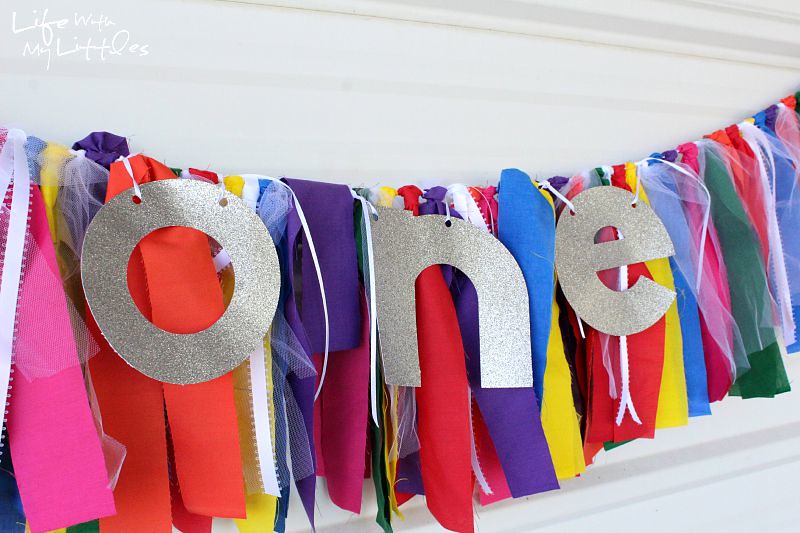 For more tips on throwing a Pinterest-worthy party, come back Wednesday, Friday, and next Monday!! I’ll spill on invitations, decorations, and food!