Currently February 2019: What’s going on this month for Life With My Littles! 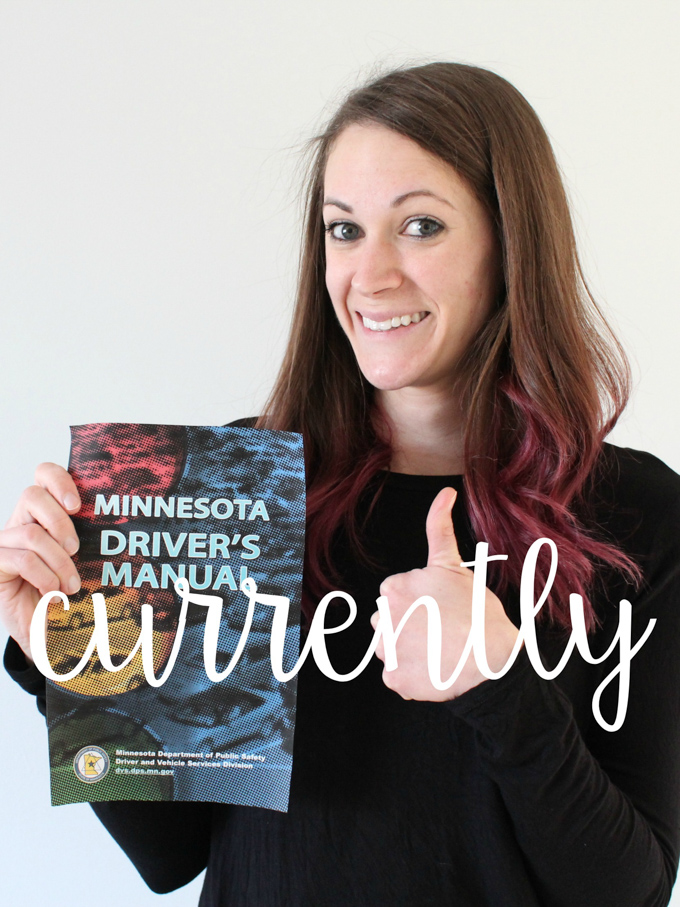 Happy February, mamas! January was just about the coldest month of MY LIFE. We had so many days in the negatives and one day where the high was -12 degrees. THE HIGH. We went to the gym in the morning and my car said -26, but then with the wind chill my phone told me it felt like -50. WHAT THE WHAT!? That’s just unfair. To everything. Including our apple trees I slaved hard over planting last spring (which I will be PISSED if they die). But alas, we have chosen to live in Minnesota, and despite the freezing temperatures (literally), we enjoy it!

Besides being a cold month, January was a good month! We celebrated my husband’s 30th birthday (mine is coming up this year, too!), celebrated my youngest son’s 2nd birthday (my baby is 2!!!), I finally studied and took the test to get a Minnesota driver’s license and passed, and my New Year, New Mama series went up and was a huge hit! I had so many shares, comments, and messages from people telling me they loved the posts and they really helped them out. If you haven’t checked it out yet, I encourage you to go read the posts here.

Little R finished speech therapy this month, too. In the short three months he went, he has made incredible improvement. He no longer just yells “mama” all the time. I mean he still does a lot, but things have been a lot better because I can usually figure out what he’s saying. He says “want _____” and “where ___?” so that’s pretty cool. He’s like a completely different kid than he was in October! It’s great! I’m planning on writing a post about what to expect when your toddler starts speech therapy this month, because I honestly had no idea what to expect when we began!

My husband just finished up two and a half weeks of working nights, which sounds like a bummer but was actually fine because he got to sleep at the hospital most nights, so instead of having to sleep during the day we got to hang out with him! The kids loved it and I got a lot of work done while he was gone at night. It’s good to have him back at home at night, though!

Planning my son’s Valentine’s Day class party. Yes, I was in charge of his Halloween party, too, thank you very much. I had originally signed up just to help for the Valentine’s party like I did with the Christmas party, but nobody signed up to be in charge. His teacher sent out an email asking for someone to volunteer, and I said that if nobody else did I would do it. Of course nobody else did, so I’m in charge again. I’m excited because it’s fun to help out in his class and I like planning and coordinating parties!

Running hard as I train for my half marathon. Guys, when I first sat down and wrote down my training plan in my planner (because that’s what I do!), it was so intimidating. Run 8 miles by the end of January?! WHAT!? But I’m doing it! I’m running further than I ever have before, meeting my goals, and feeling confident about my race in April. And super excited! I also got new running shoes so I’m jacked about that, too.

Making videos. One of my goals for the year was to make one new video a month for you guys. Videos are fun (not to mention they also help me make more $) and I wanted to try and make some more, especially for my most popular posts. I made a video last month that’s going up with my post on Wednesday, and I’m working on the scripts for a few others. I like combining helpful tips with a little bit of humor, and it’s fun to see the finished products! I’ve also started getting subscribers on my YouTube channel (what!?) so that’s cool. And this video has over 10,000 views! Woo!

Figuring out how to help J. Remember last month I mentioned that J was having meltdowns? Well they got really bad and really frequent for a few weeks, and we were feeling so lost and unsure how to help him. Through some trial and error and research (thanks, Dr. Google) we figured out that if we give him a snack and 20 minutes of alone time to decompress when he gets home from school, it helps him not meltdown as much in the afternoon. He also knows that he has to do his homework after that (which is like 5 minutes tops). Giving him choices, having expectations, and making sure he knows the plan has helped a ton. And offering little incentives, too. Taking things away doesn’t work, time outs don’t work, and yelling doesn’t work. But we’ve started getting a handle on it and things have been so much better!

Thinking about maybe writing an ebook. Yes, I already wrote an actual book that’s printed and one of the coolest things ever, but I have so much more I want to share, and I’m thinking maybe an ebook is the way to go. The thing I love about my job is the opportunity I have to share things I’ve learned with other mamas to help make their lives easier and help them enjoy motherhood more. I want to maybe compile some of those things into topics and put out a few ebooks or something. I don’t know. We’ll see. Like I said, I’m “thinking” about it!

Well that’s what’s going on for me this month! 2019 is off to a great start, friends!

« New Year, New Mama: Time to Make Some Changes
How to Save and Protect Your LEGO Building Instructions »