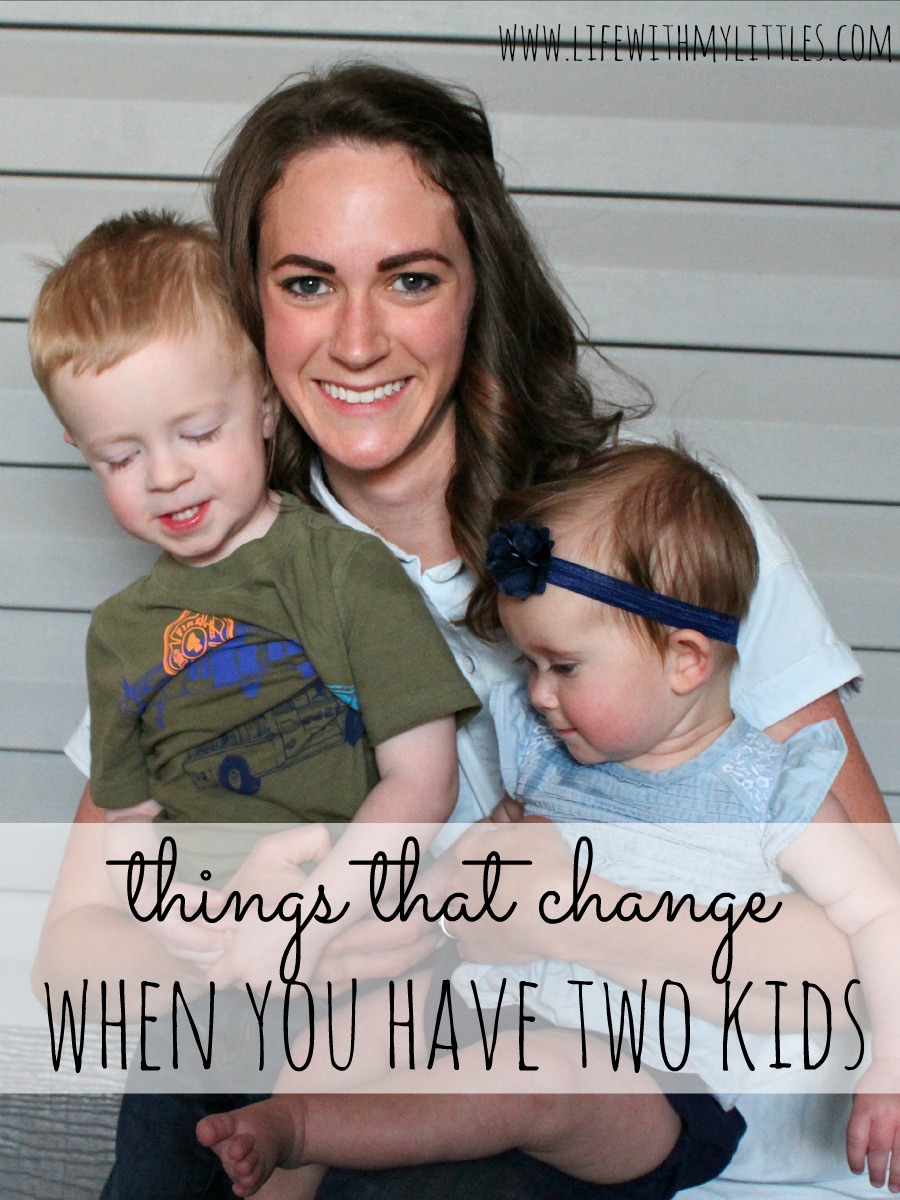 I don’t think life can get worse when you have another baby, but things definitely changed. Now I don’t say that to scare anyone who is pregnant with their second kid, because seriously, it’s awesome having two. But here are some you might want to be aware of that change when you have two kids.

1. The weight of your diaper bag. If you thought you had a bunch of things in there before your baby was born, think again. You now have to add in bibs and burp rags, double the diapers, and either a bottle and formula or a nursing cover. Not to mention that you have to pack around extra baby clothes for those unfortunate blowouts-on-the-go. So yes, the weight of your diaper bag definitely changes. So make sure you have a good one (I love the JJ Cole Collections Camber and JJ Cole Collections Caprice diaper bags!).

2. Taking family pictures. Or even just trying to get just one good picture of your kids together. It becomes a challenge that makes landing on the moon look like child’s play. You get one kid looking and then the other one won’t look and then when they do look your other kid starts looking at their sibling and then they both start looking somewhere else again. It’s insane. And if you get them both to look and smile, you should enter the lottery because you have luck on your side. I can only imagine how much worse it’s going to get the more kids we have! 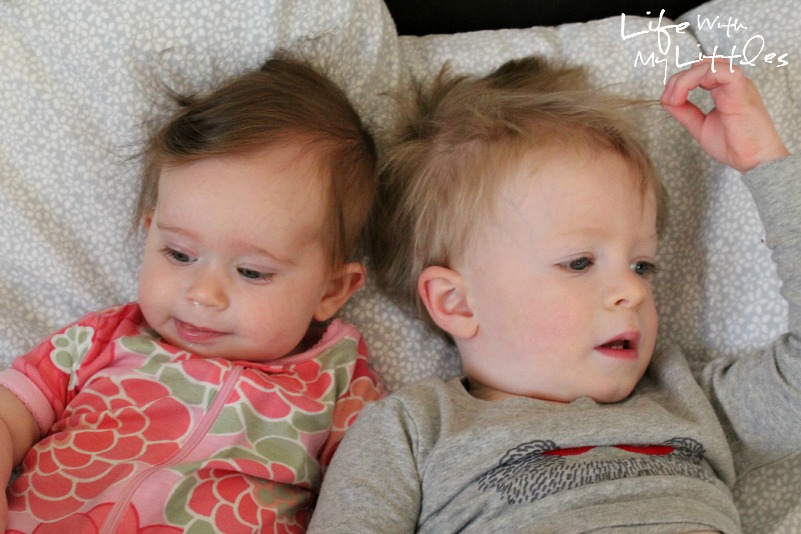 3. Your priorities. Oh, how your priorities change. How important is washing your hair, or painting your nails? Sometimes grocery shopping even slides down the list. You now have two incredible tiny human beings that make you happier than you ever thought possible, and they both want your time and attention. So sometimes it’s more important to read a book to your toddler while your baby naps in your arms than it is to do your hair. And that’s completely okay. Because you just gained a new priority, and putting your kids first is usually more important than anything else you have to do. Usually.

4. Laundry. You do a ton more laundry. Not only are you doing your regular clothes, but you are washing onesies that have suffered from blowouts, burp rags and bibs covered in spit-up and baby food, and then even more of your own clothes because your kids love to get you messy, too. Just I just hope you have a good washing machine because that thing is going to be getting some serious usage. 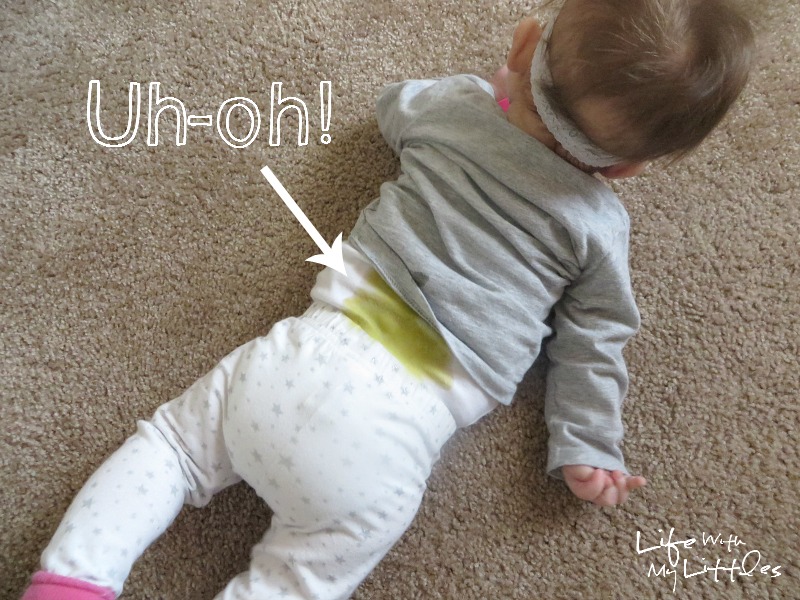 5. Showering. You have to sort of get creative when it comes to finding time to shower. With one kid, you can shower a little bit easier because you only have to worry about where one kid is. When they are a baby, you can just put them in the bouncer and shower fast, or shower during nap time. And toddlers will watch a movie while you shower real fast. But when you have two? I honestly only shower at night after they are for sure in bed and staying in bed because otherwise, I would never get to shower. It’s a tricky thing, finding time to shower with two kids.

6. Waking up early. I’m sure this isn’t for everyone, but I have found that waking up early, like setting an alarm before my kids wake up, is one way that I can get more done. I am able to get ready for the day and get some work done before they wake up. It’s hard sometimes to get out of bed, and my daughter usually wakes up pretty soon after I’m up, but it’s nice to at least have my contacts in and a bra on before starting to take care of my kids.

7. Going places takes longer. Like, way longer. When I get the chance to go to the store by myself, I’m almost amazed at how quickly I can get into the store, buy things, and get out of the store. Having to deal with two kids in car seats, maneuvering with my baby on my hip and my toddler holding my hand, and trying to get through the store without my toddler accidentally grabbing anything is quite the ordeal. So when you have two kids, just be prepared to add some extra time on when you tell someone you are going to meet them at noon. Planning on leaving at 11:45 is not going to get you there by noon. I promise. 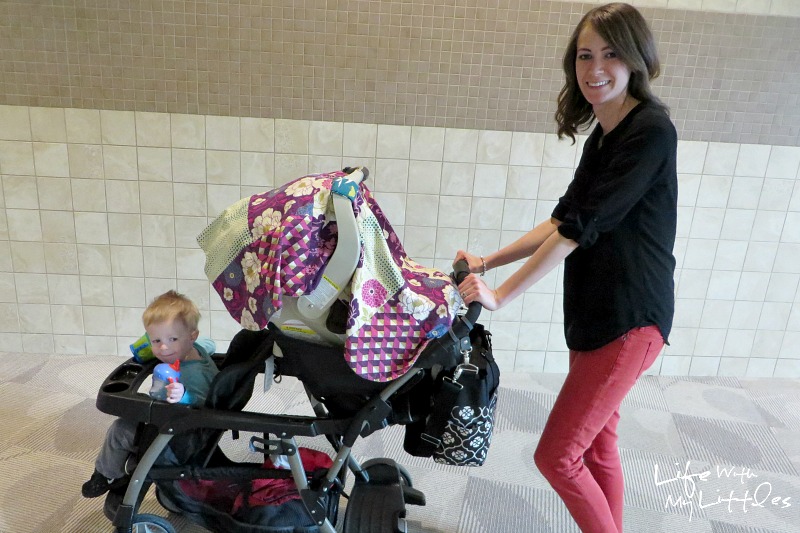 8. “Free time” is rare. When it was just one kid, you were able to enjoy “free time” during naps and when they went to bed. But as soon as your new baby is born, bam, your schedule gets crazy, they probably won’t nap at the same time (at least for a few months), and your baby might not go to bed until an hour or two after your older kid. So when you do get those blessed “free time” moments, you cherish them like the last bite of your favorite meal or your favorite pair of worn-out sneakers. Chances are, that free time is probably going to turn into nap time, but either way, enjoy it!

9. Going to restaurants becomes even more of a joke. If taking one kid out to eat wasn’t hard enough, try taking two kids out. The battle of getting your child to eat their food, stay in the high chair, and not bang things on the table doubles when you have two kids. It might actually make a good TV show now that I think about it. Anyway, having two kids definitely makes you more inclined to get a babysitter so you can go out on a date. I always try and smile at parents struggling with their kids when we go out to eat because I totally get it. It’s hard. 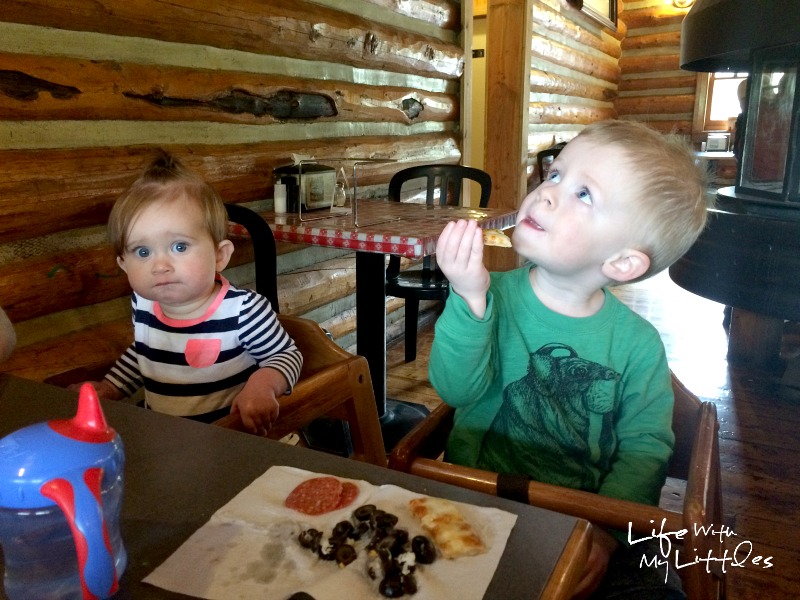 10. Guilt for not spending enough time with both kids. I spent a lot of time with Little J before Little A was born. It was always me and him, so we had a lot of quality time together. When Little A was born, he had to share that time with his new sister. I felt guilt for not spending enough time with both of them and for not giving them both attention that they deserve. But you can give both kid 100% of your attention, and so even though you feel some guilt, it’s okay. They love you and you are doing your best.

11. You worry less about germs. With Little J, any time we went anywhere, I always used sanitizing wipes and wiped down anything that he could possibly touch before letting him get close. I worried about people touching his hands since he always put them in his mouth, and I worried about myself touching things like door handles and then touching my son. Obsessive, I know. With Little A, I haven’t worried nearly as much about little things like that. If she has to sit in a high chair at a restaurant, I’m fine unless she starts sucking on the table or the straps. I think with your first you worry more about those things, and then with your second, you’ve realized that kids are tough and they’ll be fine with a little germ exposure.

12. Working out gets way harder. I have found that it’s pretty much impossible to work out with a toddler. My son climbs all over me, and the only way I can really work out is if I put them in the stroller and go for a run, someone watches them, or I do it when they are both sleeping. But let’s be honest, I have other things to do while they are both sleeping. So finding time to work out is more difficult when you have two kids. It is possible, though, so don’t get discouraged!

13. You care less about where you change your baby. For me, I still have two kids in diapers, and if I am not in the room with the changing pad, I am totally fine just laying them down and changing them on the ground. The secret is to make sure you keep their little booty elevated! With my first though, I would only change him on a blanket or the changing pad. And then my daughter was born and everything changed!

There are a lot of things that change when you have two kids. Some days are hard, but most days the Mister and I go to bed and lay there talking about how much we miss both of our kids and want to go wake them up. The best part is watching them play together and seeing how much they already love each other. Even though things change when your second baby is born, they change for the best and life gets so much better. 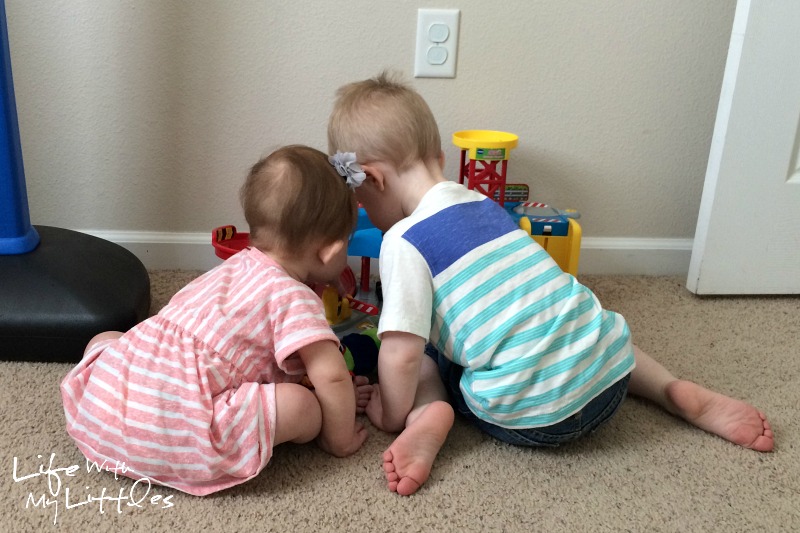