Here are three reasons why I let my daughter play with Barbies why I think every girl should have a Barbie doll to inspire her!

I am a member of the Barbie Global Advisory Council. I am compensated for my time and travel for consulting with the brand, but all opinions expressed are my own. 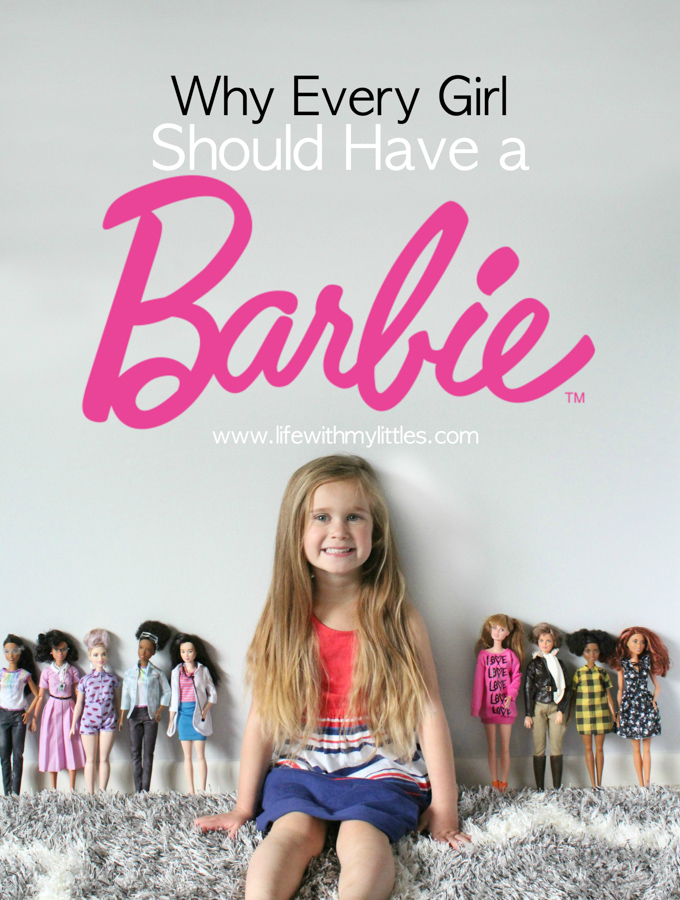 Like any little girl, I grew up playing with Barbies. I had the Corvette, the Dreamhouse, and boxes of clothes, shoes, and hairbrushes. My little sister and I loved dressing up our dolls, doing their hair, and playing make-believe with them. Growing up, Barbie was an icon. But as I’ve gotten older and had kids of my own, I’ve noticed that Barbie’s name has fallen from grace. My kids haven’t ever been to a birthday party where a girl was gifted a Barbie, and I rarely see moms in the Barbie aisle at the store. It’s almost like there’s an unspoken rule that buying your daughter a Barbie makes you a bad parent.

Mamas, this needs to stop.

Barbie was created in 1959 by Ruth Handler because she wanted to invent a toy that allowed girls to imagine and play out their futures. In 1959!! The purpose of the Barbie brand has always been to inspire the limitless potential in every girl. Barbie is SO MUCH MORE than just a pretty doll girls can dress up. She’s an inspiration!

Over the last few years, the Barbie brand has done amazing things to help girls play out their stories and spark their imaginations through their dolls. She continues to be aspirational, a vehicle for self-expression and storytelling, and a true reflection of culture. The focus of the brand has shifted from what Barbie owns to what she enables, and I love it!

Two months ago, I had the honor of visiting Mattel headquarters and getting an exclusive look behind-the-scenes at Barbie. I learned so much about how much thought and care goes into making every part of this iconic toy, and I left the meeting with a newfound desire to share how awesome Barbie is and how much good the people at Barbie are doing!

I want to do my part to help remove the stigma of buying Barbie dolls, because I really truly love this brand and think every little girl should own a Barbie doll that can inspire her! Here are three reasons why I let my daughter play with Barbies why I think every girl should have a Barbie.

1. Barbie is diverse. In 2016, Barbie announced the expansion of its Fashionistas® line with the addition of three new body types – tall, curvy and petite – and a variety of skin tones, hair styles and outfits to reflect a broader view of beauty. Let me tell you, they are gorgeous. I love that every girl can now see herself in a Barbie doll, and that girls can see beauty comes in all shapes and colors. With these new dolls, girls everywhere will have infinitely more ways to play out their stories and spark their imaginations through Barbie. The Fashionistas® line is the most diverse and inclusive Barbie line to date, and it’s really incredible to see how different each doll is (even their noses, lips, and eyes are different!). It’s so important for girls to be able to identify with a toy that looks like them, and also for them to see that beauty does not just come in one form. The diversity of the Barbie line really does reflect the diversity of our world today, and it’s AMAZING! 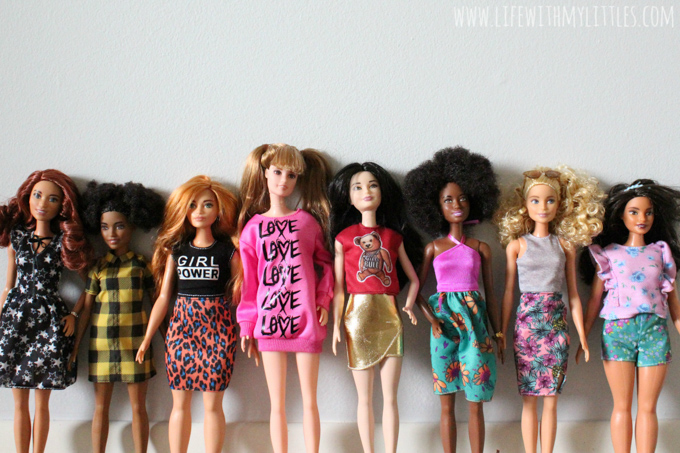 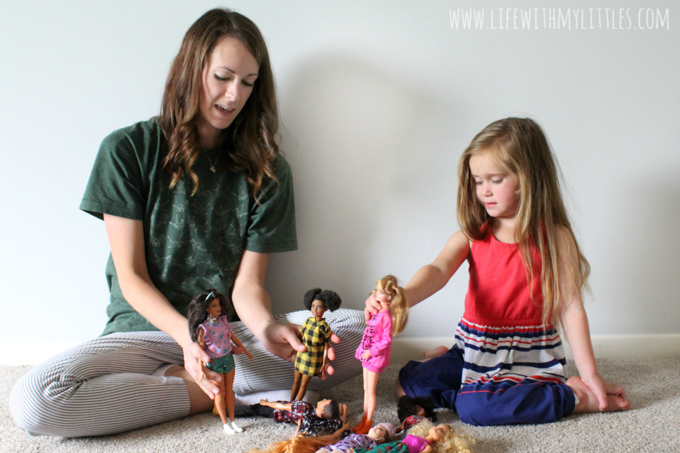 2. Barbie encourages girls to be anything. I almost guarantee you’ve seen the adorable commercial that came out in 2015 where five little girls are posing as a professor, a veterinarian, a coach, a businesswoman, and a museum guide, and then you see that she’s actually imagining herself in those roles through imaginative play with her Barbie dolls. Well it’s a fabulous commercial and if you haven’t seen it, you should watch it here. Since Barbie’s debut in 1959, she’s held over 200 careers, most recently the 2018 Career of the Year, Robotics Engineer. She’s designed to pique girls’ interest in STEM fields, and shine a light on an underrepresented career field for women (only 12 percent of engineers are women {source}). 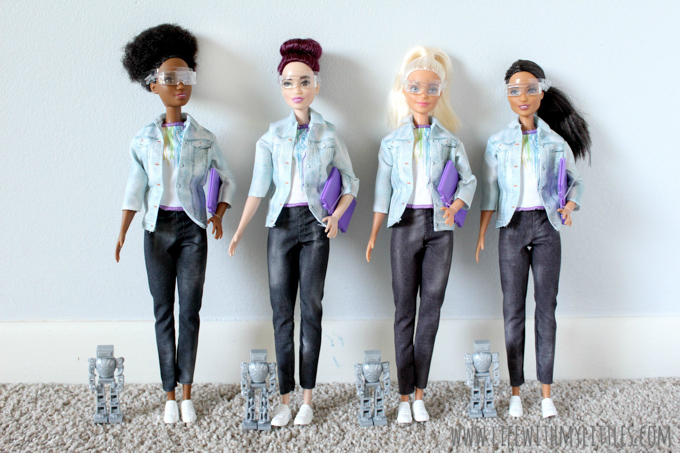 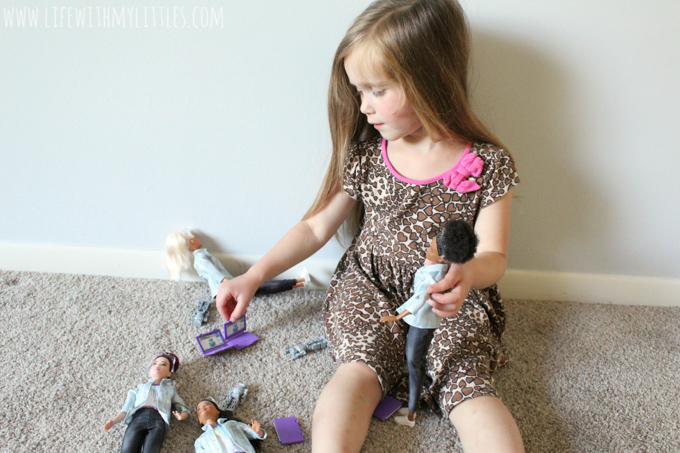 Barbie even partnered with coding platform Tynker to create a free programming experience where players are cast in different roles alongside Barbie in 6 fun and exciting careers! I tried the game myself and actually learned a lot about coding! 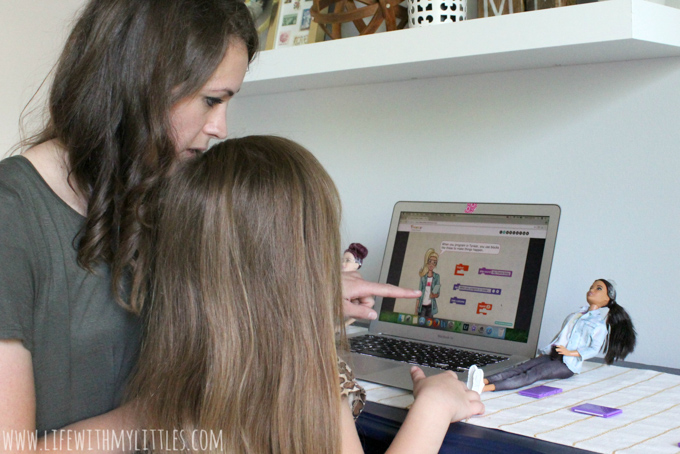 Some of the other careers Barbie has held include farmer, beekeeper, veterinarian, doctor, president, astronaut, architect, scientist, musician, builder, pizza chef, gymnast, and ballet instructor. And remember, she’s held over 200 careers, so there are lots more. How can you not want your daughter to play with a toy that is doing so much to show her all the different careers she could succeed in?! And on the back of each career box, it talks about the different things people in that career can do, and the skills needed for those careers! My daughter loves the Barbie veterinarian doll, because that’s what she wants to be when she grows up. Barbie really does encourage girls to be anything! 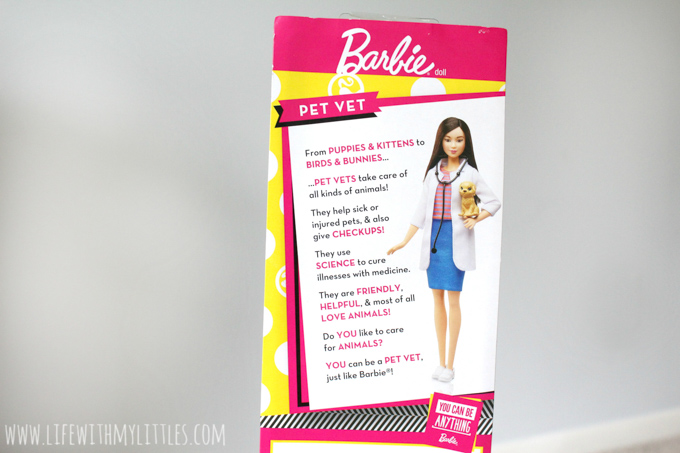 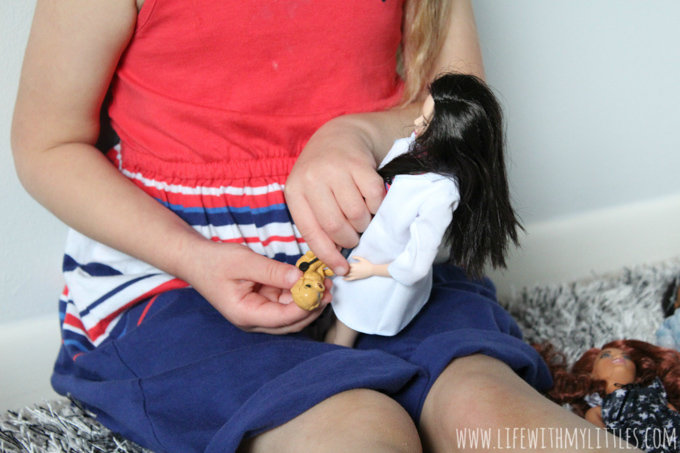 3. Barbie gives girls real role models. Not only do the Barbie career dolls give girls role models, but recently Barbie came out with dolls based on real life role models, remarkable women who are breaking boundaries, expanding possibilities for women everywhere, and who are inspiring the next generation. There’s a difference between telling a girl she can be anything, and then showing her through real women that she actually can be anything. I want my daughter to look to role models who are really making a difference and following their passion, and Barbie has created dolls based on these real life role models. My daughter especially loves playing with her Frida Kahlo doll, Amelia Earhart doll, and her Katherine Johnson doll. 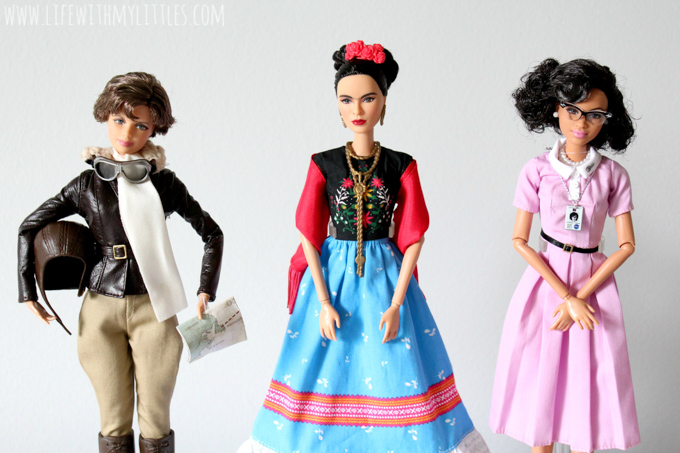 I love telling her about the things they did and how they did what they loved, even when other people didn’t believe in them. We even drew self-portraits while playing with her Frida Kahlo doll! 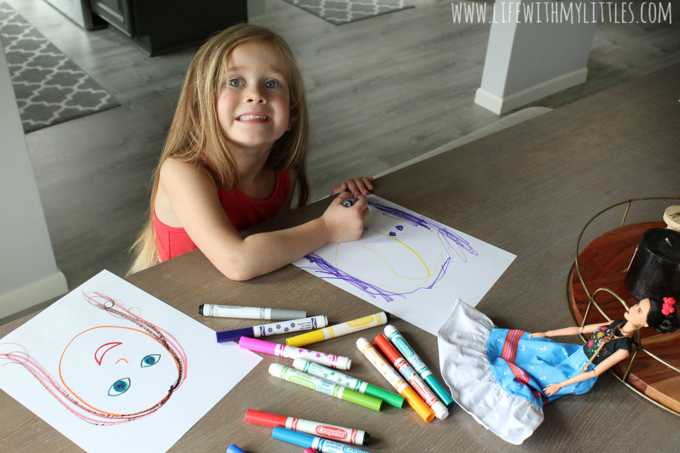 The women that the Sheroes and Inspiring Women dolls are based on are exactly the kinds of role models I want my daughter to look to, and I love that Barbie has given girls a way to act out their stories and learn about their lives with these dolls. 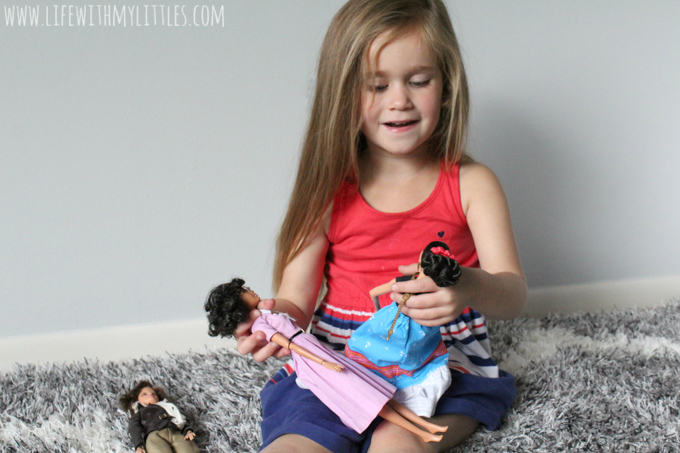 Barbie dolls show that diversity is beautiful, teach girls that they can be anything, and give girls real role models to look to. Almost 60 years after Barbie was created, she is still an icon! And now, more than ever, she’s a great toy, role model, and outlet for girls to imagine who they can one day become. Every girl should have a Barbie!