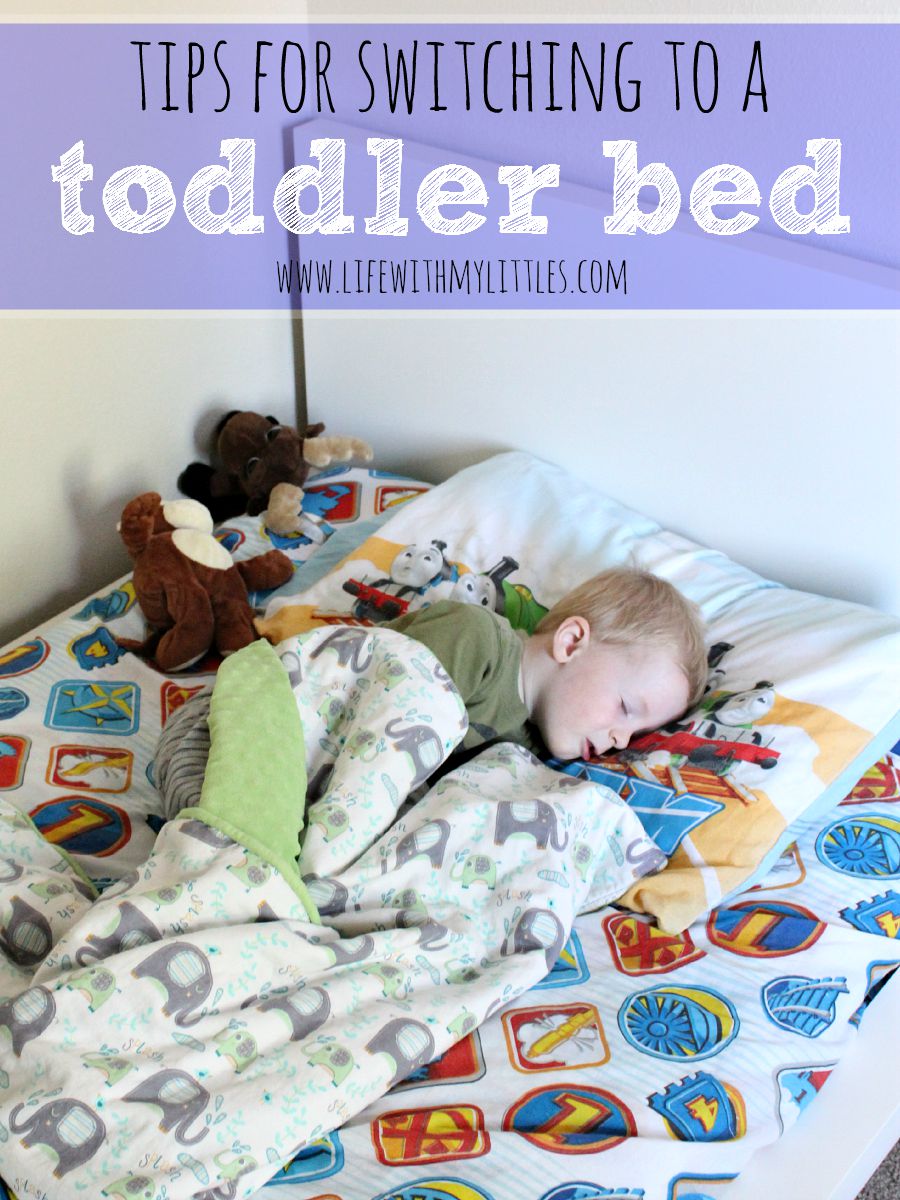 One week before my daughter was born, my 18-month-old son climbed out of his crib. We had originally planned on putting our daughter in the pack n’ play for a few months and keeping our son in the crib, but it became clear pretty quickly that wasn’t going to happen. So we decided to start the transition to a toddler bed.

Within a month, our son was sleeping 12 hours a night in a twin bed. Now I do think he is a super good toddler, but I also think that we did a really good job in making the transition easy. We did it one step at a time, and didn’t move to the next one until we felt like he had mastered the one before.

1. Go one step at a time. It might take you longer than a month to make the transition to a toddler bed, and that is totally okay! The most important thing is that you are making sure your toddler masters each step before you move to the next one. Moving to the next step too soon is a recipe for disaster!

3. Minimize the number of other things in the room. Your toddler will probably get out of bed and try and play with everything in his room when he realizes that you aren’t coming back in. So if you have lots of toys in there, he will want to play with all the toys. When we first made the switch, all that we had in my son’s room was a bookshelf, and the books were all high enough up that he couldn’t reach them. So he was pretty much forced to sleep.

4. Take the side of the crib off first. If you have a convertible crib, hooray! The easiest first step in transitioning your toddler to a regular bed is to take the side of the crib off. Lower the mattress (if you haven’t already) and just remove the front of the crib. It will still be the same bed your toddler is used to, but it will just be a little more free. We didn’t give him a pillow yet at this point, just his regular baby blanket and a stuffed animal he was used to having. 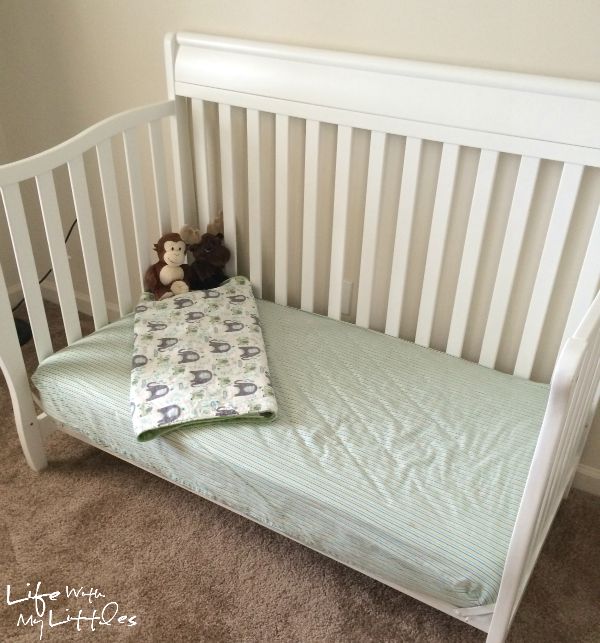 5. Sit by the side of the bed for one or two nights to make sure he stays in bed. Don’t make it a habit, though! This is very important! It’s okay to sit there with him for a few nights just so he understands this is where he is still supposed to sleep. But if you sit there every night for a week, he’s going to expect that and then he won’t go to bed unless you do that. So do it at first, but don’t make it a habit!

6. Once he will stay in his crib all night, set up his bed with fun sheets and let him help. When we set up our son’s bed (it’s actually a twin size) we let him be in the room helping us. Then we went to the store and picked out some sheets with construction trucks on it (he was thrilled), and gave him his first pillow. The most important part about this step is making it fun and exciting for him. Make his bed, and let him help you! Even if he doesn’t really help, just get him involved. 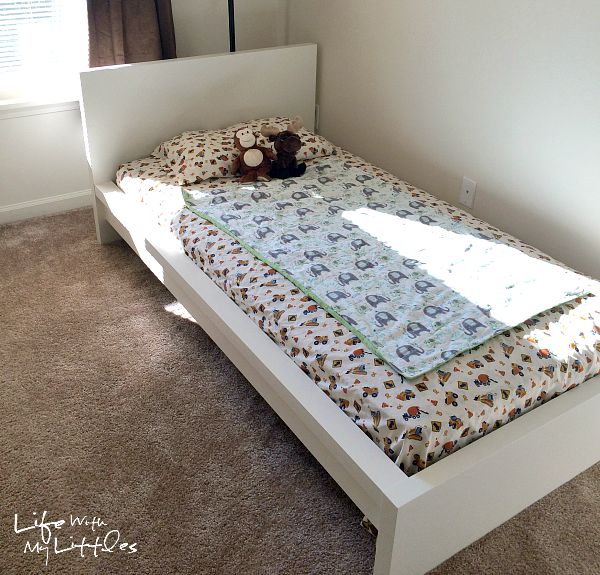 7. Tuck him in and let him know it’s his big boy bed. Tell him that he is big and growing up (even if he doesn’t understand it) and that sleeping in a big boy bed is special. You’re basically just keeping up the idea that this is a fun, new thing for him.

8. Keep the same routine as when he was in the crib. Or if you didn’t have one, start one. Every night we read a book and then sing a few songs. Then we say goodnight, turn off the light, and don’t come back in. We’ve been doing this routine for over a year now and it has worked wonderfully. A routine helps your toddler know it’s bedtime and helps him calm down and relax so he can fall asleep.

9. Don’t go back into the room after you say good night. It’s similar to when you let your baby “cry it out” so that they know how to fall asleep on their own. It’s going to be hard, especially if they call out “Mommy!” or “Daddy!” For a while our son would just lay at the foot of the door and cry for everyone he knew. It was super sad, but we didn’t go back into the room and eventually he stopped.

Follow these 9 steps and you are sure to get your toddler sleeping in their bed. It might be rough at first, but I promise your child won’t be sleeping in a crib forever. Just stay positive, tough it out, and it will be all worth it! Good luck!