The Christmas Giving Jar is a great family tradition to start. Fill up a jar with change throughout the year, and surprise someone in need before Christmas! 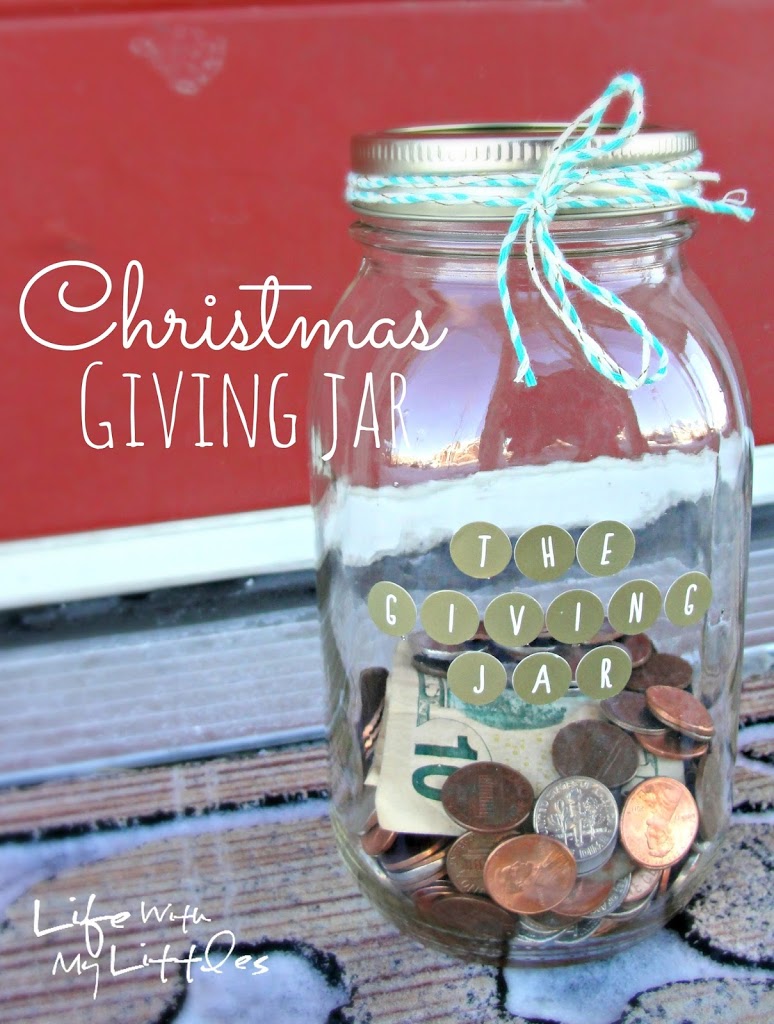 I don’t think I had ever really understood the many ways people are tried and challenged until we moved here to Iowa. I have met the nicest people in the world with some of the biggest problems and struggles that I could imagine. I have met people who are facing my biggest fears, and are dealing with them in a way that I don’t think I would be able to.

What does that have to do with anything? Well a few years ago we had Christmas with the Mister’s family and I was introduced to a tradition they have that I LOVE. Meet the Christmas Giving Jar.

The Christmas Giving Jar is exactly what it sounds like. A giving jar. Throughout the year, you put your change (or even bills) into the jar, and then at Christmas, you give it away to someone in need. You do it anonymously of course, and sometimes you never know how the gift was used, but being able to give that gift and imagine the look on someone’s face when they open the door and see it is worth it enough for me.

The Christmas Giving Jar is a way to serve others. As Christmas approaches, your family will pray to know who to give the jar to. It might be someone from work, someone from church, or a neighbor you hardly know. The important thing is that you give it to someone you feel could use the gift.

Now, back to my Iowa story. Since we have moved here I have met some incredible people, and I wish that I could give them all a Christmas Giving Jar. Unfortunately we are in medical school and can’t right now, but I think this is a great tradition to start even now so that we can teach our son and our future children about what Christmas is really about. We can serve others through simple acts of kindness like the Christmas Giving Jar and show our Savior that we appreciate the gift that he gave us.

Now on to the tutorial! I was caught in the trap at the Target One Stop a few weeks ago and found a bunch of super cute things to make my jar the way I wanted. 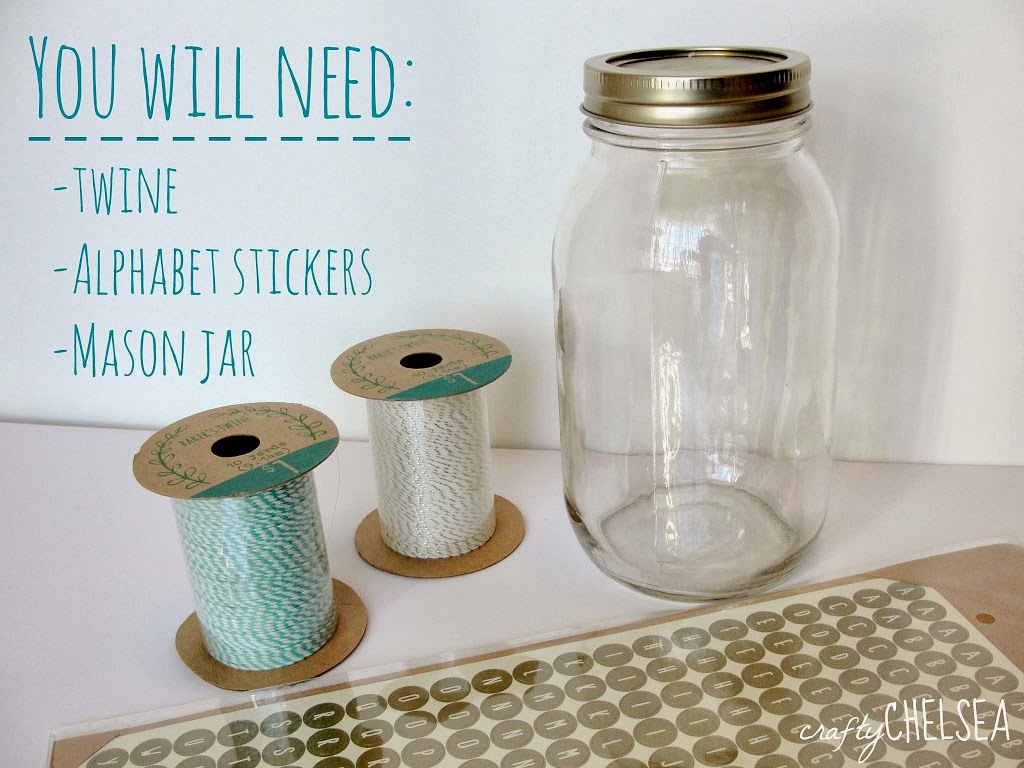 I found my twine and my gold alphabet stickers at Target. The best!

First, you will want to stick your stickers onto your jar. I started with the “H” from “THE” and then did “GIVING” and “JAR” below. I would recommend starting with the middle letter so you can get it centered, and then working out. Also, holding the letter by the edges rather than putting your finger on the sticky side makes it easier to place and then press down exactly where you want it. 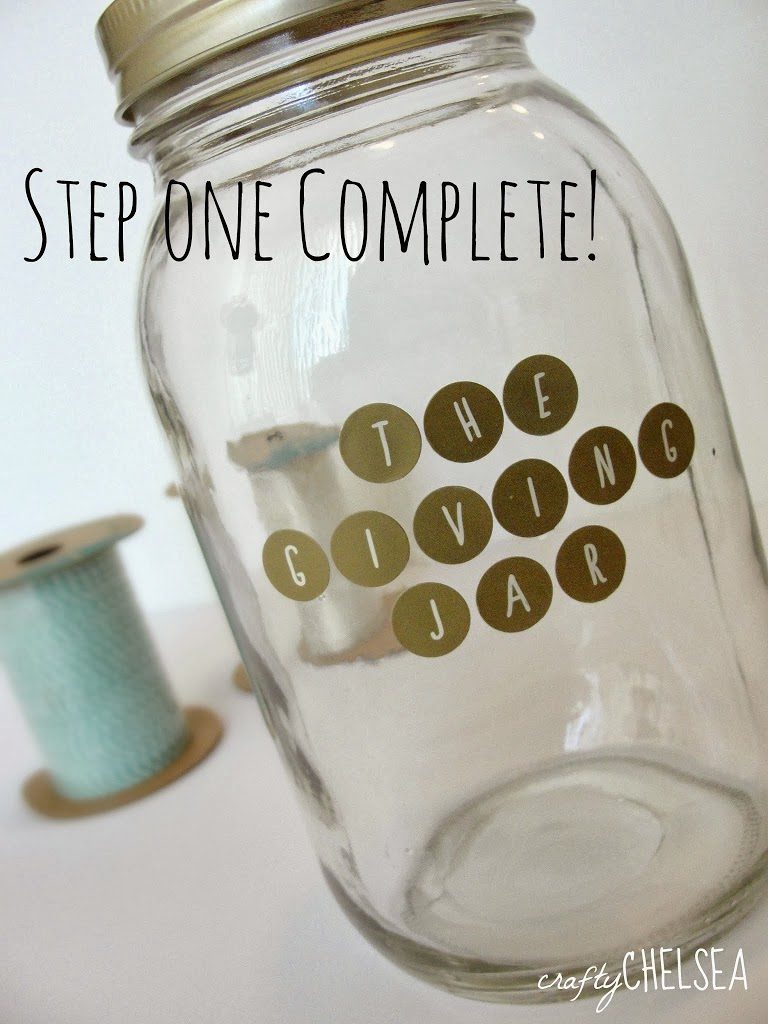 Next, cut some twine. Mine was a little over a foot long for each piece. You can either tie the twine onto the little divet in the lid, or below the lid on the jar. I like the way it looks on the lid better, but when you open and close the jar it is easier to have the twine on the jar so you aren’t constantly having to adjust it. Anyway, wrap it around and tie a cute bow. 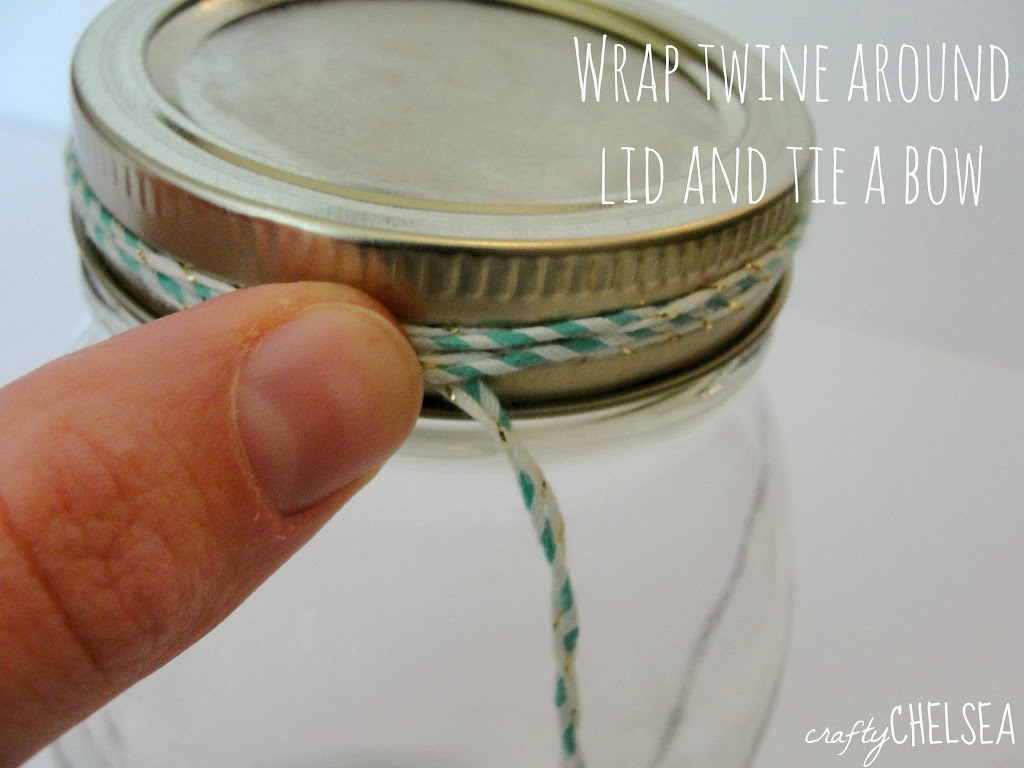 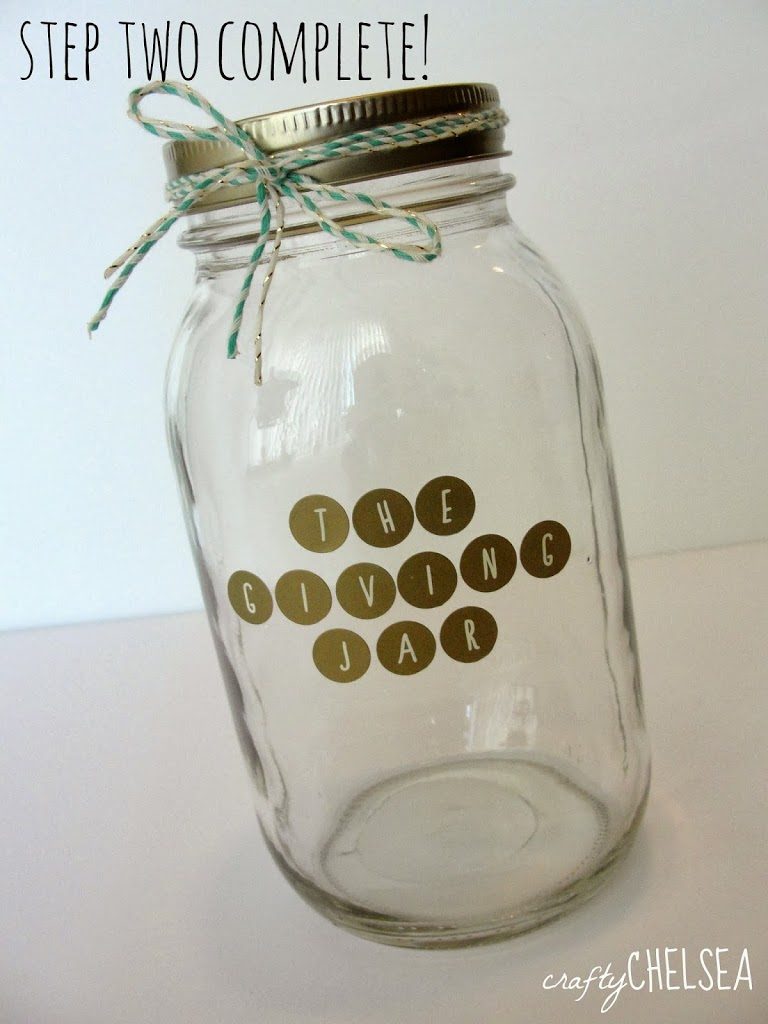 Put the jar somewhere where you will see it all year, but it won’t be in the way. It is cute so you could easily use it as part of your decor. Fill it up throughout the year with change and bills.

At the end of the year when it is all filled up, decide who you want to give the jar to, put it on their doorstep, ring the bell, and run! This part is especially fun if you have kids. Just make sure you aren’t seen or the whole point of the jar will be ruined! 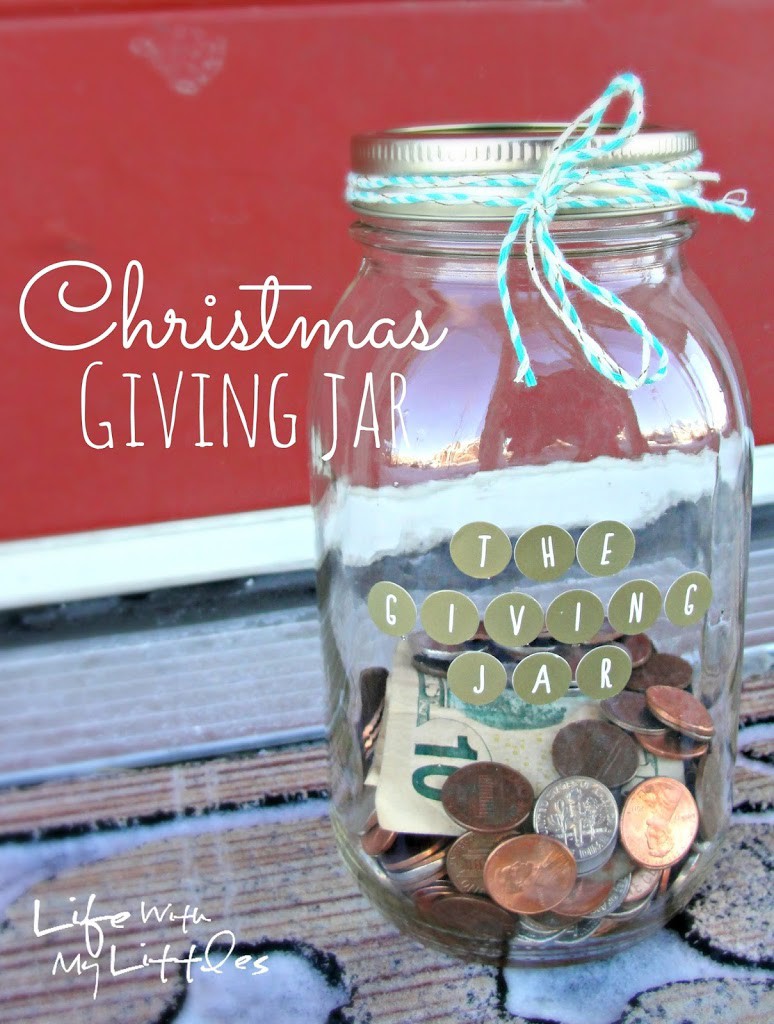 I hope this Christmas Giving Jar will be something your family will be able to do each year to serve those in need.

What kinds of service does your family do during the holidays?