Teaching kids about suicide. After the death of my father-in-law, I wasn’t sure how to teach my son about his grandpa. This is what I’m going to tell him. 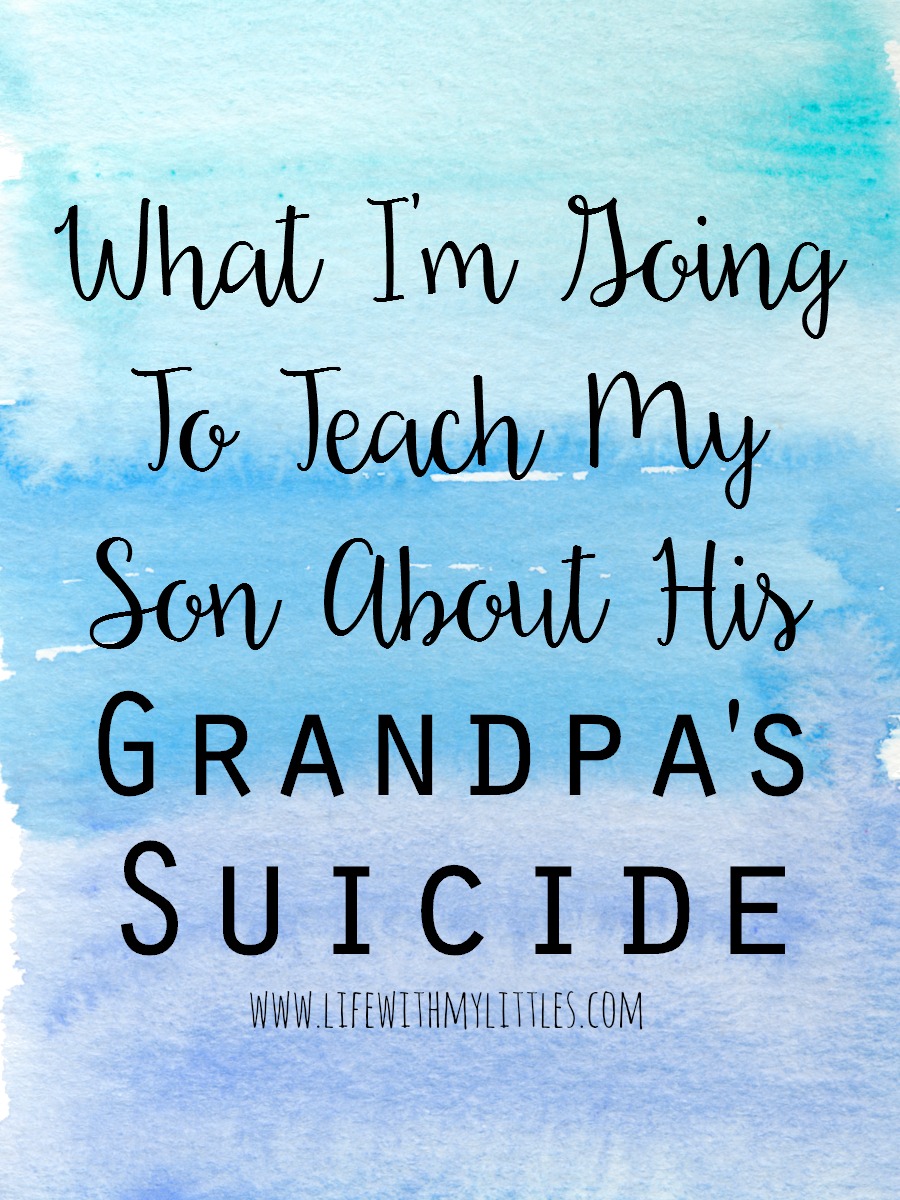 “Do you want to go visit Papa Steve today?” I ask my 2-year-old son.

“Yeah! And I can draw him a picture?” he asks excitedly, his eyes wide.

“Of course you can! I bet Papa will love that,” I answer back, smiling at him.

Thirty minutes later we are pulling into the cemetery and walking over to my father-in-law’s headstone. My toddler puts the picture next to some fresh flowers and some red rocks from Southern Utah. “Hi, Papa Steve,” he says before running off to play.

Two years ago today, I got a call from my husband that his dad had killed himself. It was the most unexpected and sad thing that has ever happened in my life. A few hours later we were surrounded by family, all sitting in silence, not sure of what to say or do because we were all going through our own very personal struggles.

Suicide is incredibly difficult to cope with when you are one of the ones left behind.

My father-in-law was an amazing man. He rarely took time for himself, he loved coaching his sons’ sports teams and volunteering in our church as a young men’s leader, and he performed secret acts of service for people he barely knew. He left behind three sons, a fiancee, a grandson, and two granddaughters on-the-way. And we needed him.

Unfortunately, undiagnosed mental illness combined with sleep apnea and side effects of the medications he was taking led him to end his life on January 27th, 2014, just a week after his 50th birthday.

When I heard the news, I felt sad and very confused. The Steve I knew would never do something like that. But he wasn’t the Steve I knew at that time, and unfortunately, nobody really knew what he was going through.

My father-in-law was struggling with things we couldn’t see or understand, and that’s one of the worst parts of mental illness. Even though you want to help, sometimes there’s no way you can.

My son is only two right now, but I know that as he gets older, he’s going to ask more about his grandpa. And one day he’s probably going to ask me how his grandpa died. And we can’t shy away from teaching kids about suicide.

When that day comes, I’m going to tell him that Papa Steve was very, very sad. And sometimes when we get sad, we don’t see things the way they really are. Sometimes when we get sad, we can get sick, and that sickness can make people do bad things. And that’s what happened to Papa Steve. He did something he normally wouldn’t have done, and he died. Because he was very sad and sick.

But I’m also going to tell him that Papa Steve loved him more than he could know, and that he still loves him. He was always holding him football-style and bouncing him around. He wasn’t able to come see him when he was born and that made him really sad, but when he finally made it out to see him, he just cried because he loved him so much and was so excited to be there with him. He loved sports and would have loved to teach him how to throw a football or pitch a baseball or dunk a basketball. And even though he’s living with Jesus in heaven now, Papa Steve looks down on him and watches over him every day. And one day, we will see him again.

That’s what I’m going to teach my son about his grandpa’s suicide. 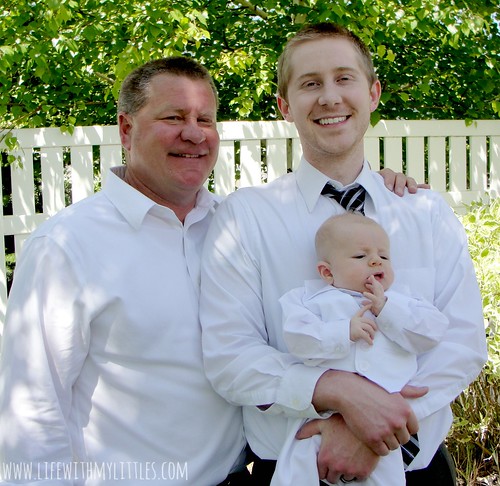