Making a Baby is the Hardest Thing I Have Ever Done: Our struggle with infertility and why you should never give up hope 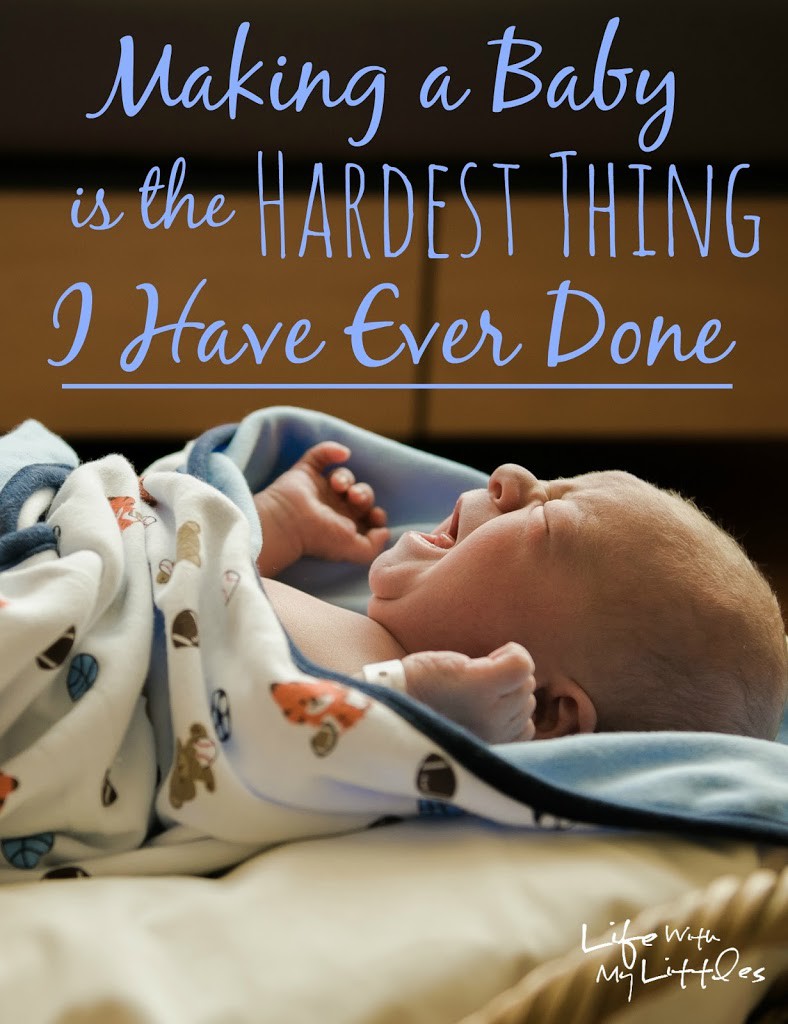 Many women grow up dreaming of becoming a mother. But nobody tells you how hard it is to make a baby. Before you get the wrong idea, I want to tell you that I am not talking about sex. I am talking about the process of getting pregnant, staying pregnant, and being pregnant. Making a baby is by far, the hardest thing I have ever done. This isn’t something I have shared with many people because it’s not really something you broadcast. I also don’t want you to think that I am complaining about how long it took us to get pregnant. Lots of people aren’t able to get pregnant due to physical reasons, and I am very blessed that in the end, I was blessed with a pregnancy. I just want to share so that if you are struggling with infertility and trying to make a baby, you won’t feel alone. I want to help others feel peace during one of the hardest things they may ever experience.

When the Mister and I got married, I had been on birth control for a few months. I took the pill for about a year before I stopped taking it and we started trying to get pregnant. I knew I wanted to be a mother, so I was attempting to get the Mister on board only a few months after we had gotten married. Having a baby is a big decision, and the timing is different for everyone. We prayed a lot and talked about it and really took it seriously. When we finally felt that we were ready to start our family, we started trying to get pregnant. It took us 15 months of trying, plus recording basal body temperatures, using ovulation predictors, fertility counseling, several doctor visits, tests for both the Mister and for me, a round of ovulation medication, and an IUI before I finally got pregnant.

Trying to get pregnant for us was physically demanding because of all the things we had to do, but it was mostly hard because how emotionally draining it was. I felt like each month I was on a roller coaster. I got so excited when I was ovulating and the hope that maybe this time it would happen. Then it would all come crashing down with a negative test and my period each month. Fifteen months we went through that. I don’t even know how much money we spent on pregnancy tests. We could have just waited to find out if I missed my period each month before testing, but anyone who has ever tried to get pregnant knows how eager you are to find out if you are going to be parents this time. I spent a lot of days and nights crying because it still wasn’t happening.

For the first two years we were married we lived in Provo, Utah, where we were both attending Brigham Young University. So for almost the entire time we were trying to get pregnant, we attended church in a married student ward where every other girl was getting pregnant and having a baby. I am not saying that it is bad that a lot of young LDS couples want to start families quickly. We did, too. It just makes it ten times harder when it seems like all of your friends are getting pregnant and you keep seeing negative pregnancy tests. And since infertility isn’t really a happy or accepted thing to talk about, you just suffer through it together with your husband while everyone else is being blessed with the one thing you want most in the world.

After several months of trying, you start to wonder what is wrong with you and what you might be doing wrong. You wonder if you will ever become parents and you start seriously thinking about expensive fertility treatments. It is really painful and it starts to consume you. You can’t think of anything else. But you just push through and try to keep hoping that your prayers will be answered.

And you know what? They will be. I guess the whole point of writing this is to remind people who are going through it that one day, you will become a parent. Whether through pregnancy or adoption, you will become a mother or a father. If you aren’t struggling with infertility, this is to remind you that it is way more common than you think. Don’t ask people who have been married for a few years when they are going to have kids because while they might casually play it off, inside they are hurting and wish they could tell you.

One of the most important things that got the Mister and me through this hard time was to have faith in the Lord’s timing. He knows exactly what is best for us and when it will be best for us. The hardest thing for us is to have faith in Him. “For ye receive no witness until after the trial of your faith” (Ether 12:6). Sometimes it just takes longer than anticipated.

For some people, making a baby will be easy. It may even come as a surprise. They will have other trials in their lives that they will have to deal with. For me, making a baby was the hardest thing I have ever done. Remember that you are not alone. I have heard studies report one in ten couples struggle up to one in six couples. People just never talk about it so you never really know who around you might also be dealing with it. If you are one of the people trying to make a baby and you feel like you just keep failing, remember to never give up. Keep trying. And if after a year you still haven’t gotten pregnant, get help.

Because no matter how hard it is, how discouraged or emotionally drained you feel, I promise, it is all worth it. 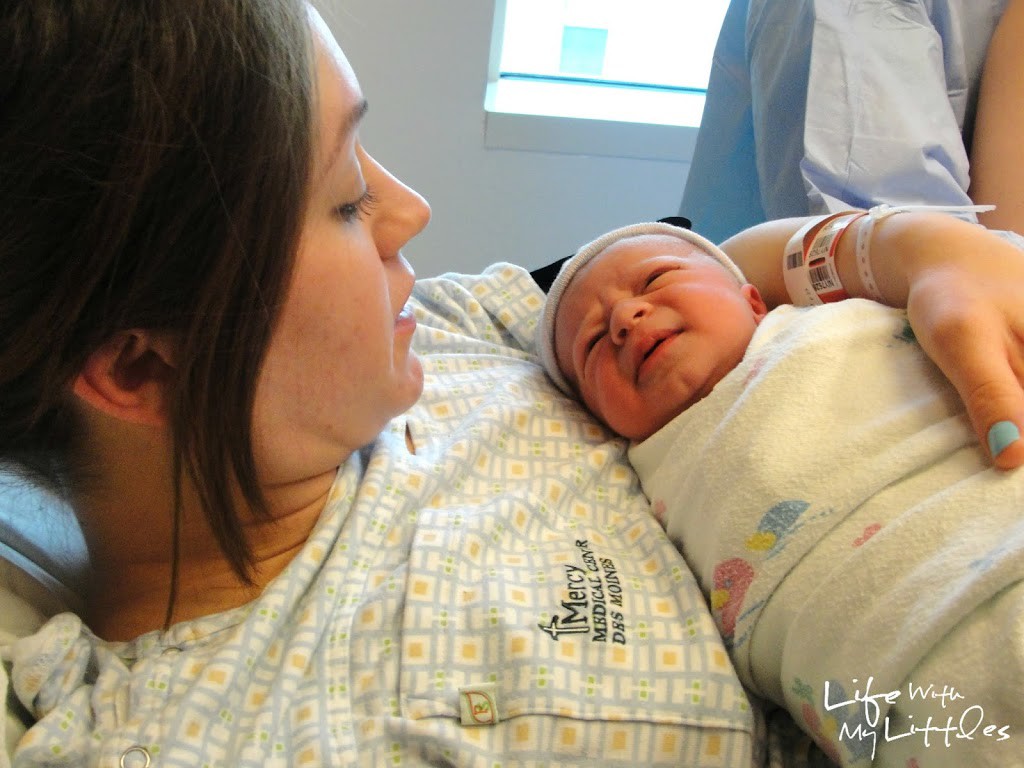