Tips for how to survive your husband’s fourth year of medical school from a med school wife who’s been there! 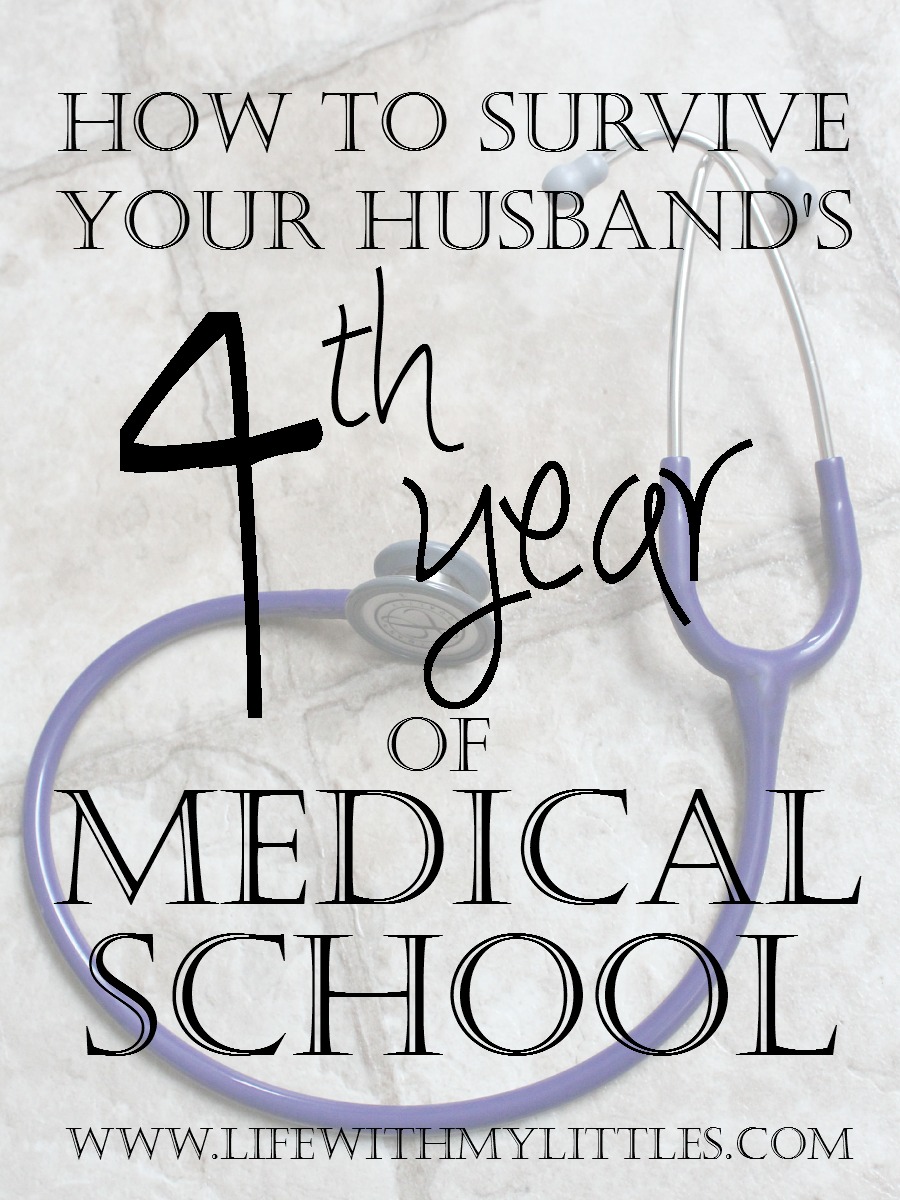 We did it! Or more specifically, he did it! Last weekend my husband graduated from medical school in Des Moines, Iowa! 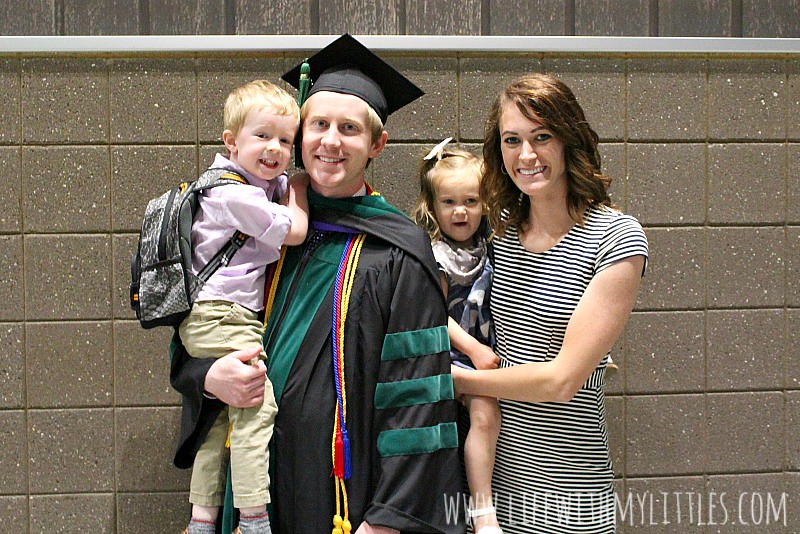 I basically sobbed the whole day because I was so proud of him. But honestly, I think I am allowed to be! The last four years have been hard, and we’ve had some crazy trials and adventures along the way. We’ve lived in two states and three different apartments, and we’ve had two kids the last four years. We also lost my father-in-law in my husband’s second year of school, and my husband was so strong and still finished school in four years as planned. I can’t believe it’s over and that he is starting his residency on July 1st! It’s crazy!

1. Be involved with his residency decision. This is the biggest tip I have. The most important thing that happens in the fourth year of medical school is The Match. The simplest way I can explain it is that The Match is when every student ranks their top choices for residency, and then every residency program ranks their top choices of students they want, and then a computer matches them together. You have to come up with a big long list of the places that you would be okay with moving, because while as much as you hope you’ll get your first choice, you might not. We always knew where our top choices were, but we wanted a good backup list just in case. We spent a lot of time talking about what areas of the country we wanted to live in and how good the programs were in the specialty he chose. It’s hard narrowing it down, but if you are involved and work together, you’ll figure it out.

2. If he goes on audition rotations, either go with him or visit family while he is gone. My husband did three months of away rotations. One month in Texas where we only saw him for two days, one month in Boise which was only four hours away so we visited a few times, and one month in Minnesota where we went with him. When he was in Texas the kids and I drove down and visited my sister and my parents, which was nice because I was able to break up the time he was gone and get a little mini break. It was fun getting to go with him to Minnesota for a month because we just rented a little house and we were able to see if that was really somewhere we wanted to live. Turns out it wasn’t, so I’m glad we all went, but it was fun to be able to go with him on a little mini-move. If you try and stick it out all by yourself the whole time he’s gone, you’re going to have a hard time.

3. Reach out to other wives whose husbands are currently in residency. I talked to a few wives in the programs we wanted to go to about what their husbands’ schedules were like and how they liked living there with kids. It helped a lot and helped me to see if I could imagine us there. Plus, some of the girls I talked to are now my friends here in Texas!

4. Go with him on any interviews if you can. I was only able to go with him on two interviews down to Utah (my family watched the kids), but it was good for me to see what they were like and to get to talk to some of the residents. Sometimes wives will get invited to the dinners the night before the interviews, and sometimes (like in family med residencies) you might get invited to the whole interview day. It was interesting for me to see what the process was like and it helped me feel more at peace with ranking one of the programs where we did. Plus it was a fun little break from the kids.

5. Decide if you want to buy or rent for residency. We did the math and for us, it just made more financial sense to buy. But as soon as Match Day comes, you’re going to want to pounce on houses because they go fast when all the fourth years know where they are going. It might be different for your situation, but most of the residents I know have bought. But if you’re doing a shorter residency (like family med), it might make more sense to rent. It just depends!

6. Talk about each interview when he gets home. When it’s fresh in his mind, make little notes and discuss what he liked and disliked about each program. It will help a lot when it comes time to make your Match list. Some of the interviews are great because your husband might hate the program and decide he definitely doesn’t want to go there, and some of them he will love and you’ll realize you’d be happy going there. Hopefully there are more positive interviews than negative ones, but make sure you talk about them and get all the information about them after each interview.

So I know that’s not very many tips, but I wanted this post to be as specific to fourth year as possible. And if you want more general tips, you can check out how to survive your husband’s first year, second year, and third year of medical school.

And congratulations to Dr. Johnson on graduating from medical school!

« What to Do When You Get a Negative Pregnancy Test
Currently: June 2016 »