To the mother of the little boy without a car seat. An open letter of what I would have told you if I had had the courage yesterday. 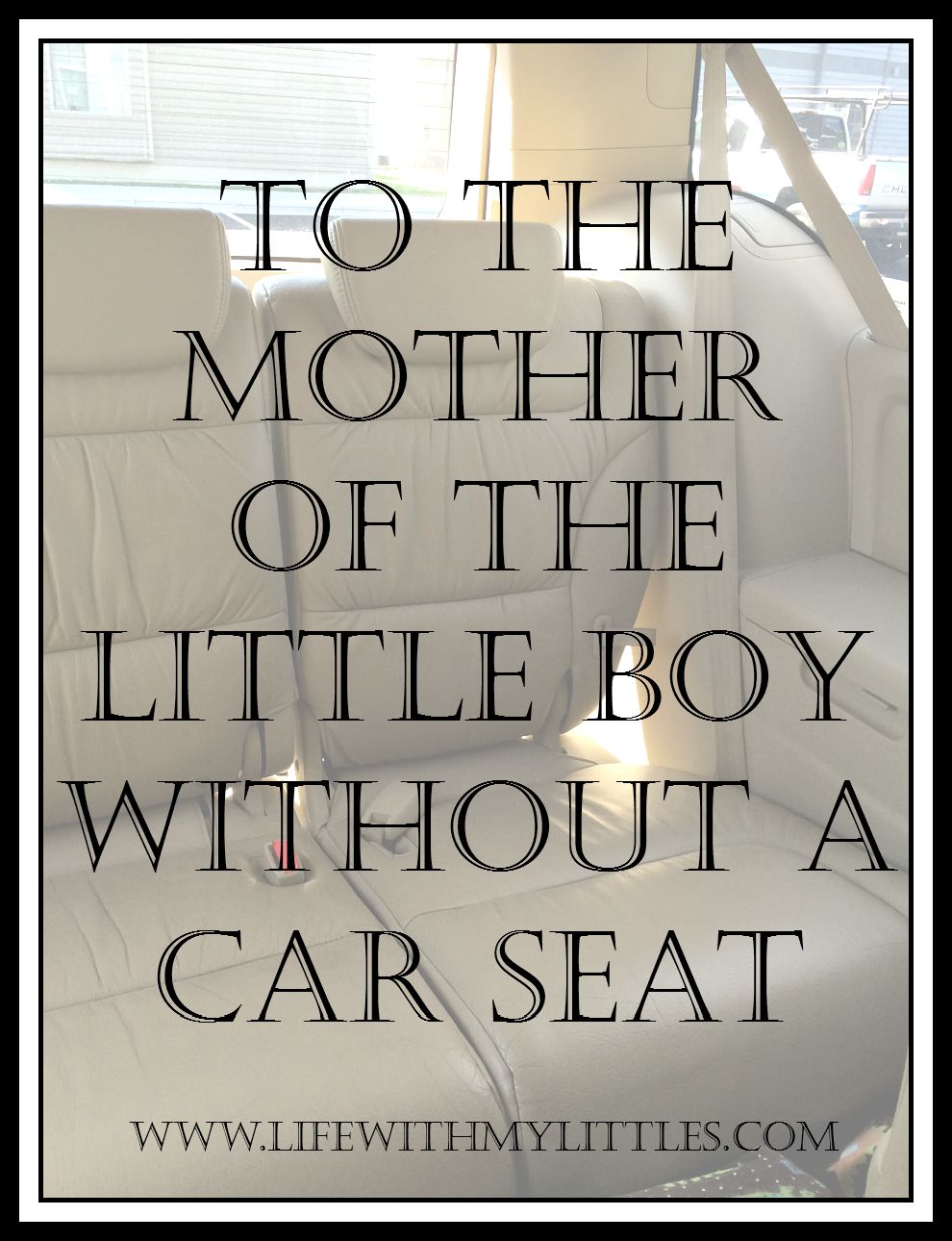 To the mother of the little boy without a car seat:

Yesterday I went to Walmart. I pushed my cart and my children across the parking lot to my car and started unloading my groceries. You were in a parked car diagonal from where I was standing. You first caught my attention by yelling at your child from the passenger seat to sit down and stop screaming, followed by an expletive I’m not going to repeat.

I looked up from loading my one-year-old daughter into the car and saw you. I think you saw me too, because you rolled your window up and I couldn’t hear you anymore. But that wasn’t what bothered me. What bothered me was that your son, who couldn’t have been older than 3, was bouncing around in the backseat, unbuckled, and without a car seat.

Your son, who, in the state of Idaho, legally has to be in a car seat until the age of 7, was moving around in the back seat of your car, without a car seat.

I don’t pretend to know you or your life, but I can’t imagine why a mother wouldn’t have a car seat for her son when he is that little. I could barely even see his head from where I was standing when he was sitting flat on his seat. I know he wasn’t even close to seven.

Before I even had time to think about calling the police and reporting you, it was too late. Your boyfriend or husband or whoever he was had brought McDonald’s and a few Lunchables in a Walmart bag to the car, gotten in, and driven off.

But I haven’t been able to stop thinking about your little boy. I can’t stop thinking about what his life must be like if he doesn’t even have a car seat. I am in shock that nobody has told you that your son needs a car seat until he is seven, especially since that appeared to be several years away.

I have two children, a two-and-a-half-year-old, and a one-year-old, and I want to do everything I can to protect them. I especially want them to be safe in the car, and if anything ever happened to them that I could have prevented, I would never forgive myself. Don’t you feel the same way?

I don’t know what is going on in your life to prevent you from having a car seat for your little boy, but if you read this, I hope you will think twice before putting your little boy into the back seat of a car with only a seat belt to protect him.

Because if you got in a car accident and he wasn’t safely buckled into a car seat, it could ruin your entire life.

« How to Tell if Your Baby is Teething (& Tips to Make it Through!)
Caramel Apple Milkshake »