Mama Katie Parton of Book Ink Reviews shares the birth story of her daughter that ended in an emergency C-section on the Honest Birth birth story series! 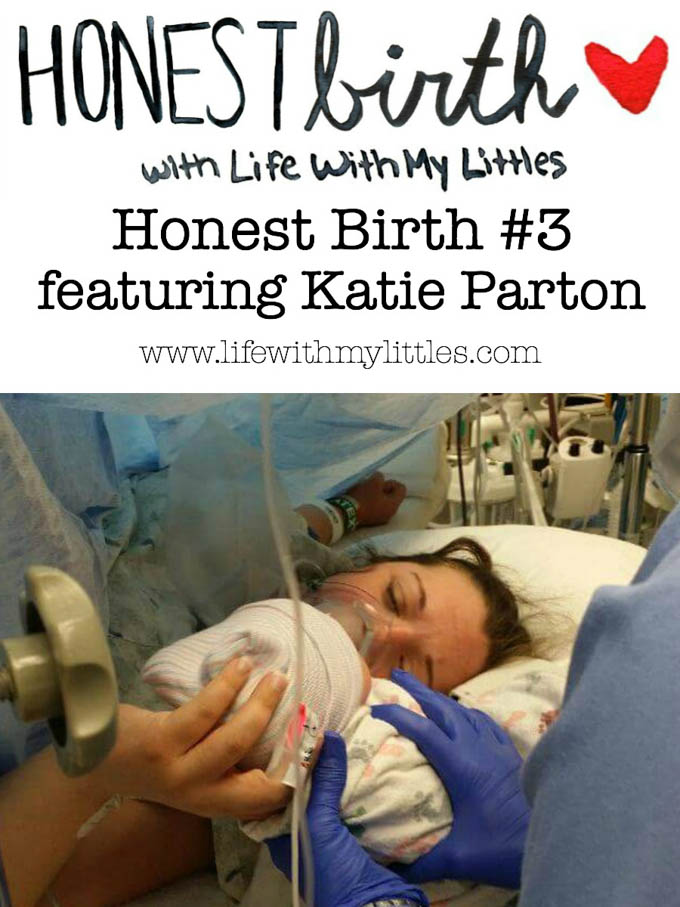 Hey mamas! Welcome to the third post in my Honest Birth series! I am so excited to share another real mama’s birth story, because I think that it’s so important to share our childbirth experiences with each other. My goal with this series is to provide a place for women to share their birth stories without holding anything back, as well as compile stories for pregnant mamas to read in preparation for their own childbirth experiences. Every mama is different and every birth is different, and I believe that when we share our stories we help each other.

Today I am featuring Katie Parton and the birth story of her daughter, who was born via an emergency C-section. After my first post in the series went up, she e-mailed and asked if she could share her story, too! Katie and her husband live in the United States with their daughter, and in her free time, Katie reads and reviews books on her blog, Book Ink Reviews.

The birth of my child saved my life—literally.

My pregnancy was uneventful and quite easy until the very end. During the last month of my pregnancy, I was diagnosed with pregnancy-induced hypertension. I was put on blood pressure medication and was not allowed to go past 37 weeks gestation.

Early Tuesday morning, we checked into the hospital. I was connected to an IV and a Pitocin drip started. My
cervix was soft enough, but I was not even a centimeter dilated. My hospital has a policy where epidurals aren’t given until 4cm, and I had a long way to go.

I labored drug-free for eight hours that day, desperately trying to lessen the pain by controlling my breathing and bouncing on a weighted $18 exercise ball. I was checked every hour for dilation, and y’all, maybe Google how they check for it, because I didn’t expect that the checks would hurt.

At 6 pm on Tuesday, I was finally 4cm, had an epidural, and my sweet girl was fully engaged. I ended up getting the baby shakes due the adrenaline. Think coldest night in Colorado or Wyoming and going-out-without-your-coat-style shaking. The worst part was not being able to control my chattering teeth. It’s terrifying, but also incredibly normal. If you get them, don’t be scared and just ask for a warm blanket to help comfort you.

Four hours later, my sweet girl disengaged and what was an easy pregnancy and a laidback (if painful) labor became chaotic. When she disengaged an inch, she had enough room to turn her head. But when she did, she made it impossible for her head to cone. Every contraction I had was crushing the life out of her. Fetal heartrates are supposed to be around 145, but hers tanked to 90 and they had me in an OR for an emergency C-section within a half hour. My husband and mother put on brave faces, but I found out later they both had moments where they cried in the hallway. Originally only my husband was supposed to be in the theater, but I pushed to also have my mother there. Don’t ever feel bad for
making demands—it is your birth and your medical care. If you absolutely need or want something, demand it.

Unfortunately, and unknown to us, I have a rare gene mutation that causes my body to process painkillers and anesthetic faster than others—around two to three times as fast. My sweet girl was born and after passing her APGAR tests, she and my husband skipped off to the nursery. I thank God, every day, that my mother was also allowed in the OR because at that moment, the epidural wore completely off and I could feel them putting my body back together. I attempted rolling off the table, and my mother shoved me back demanding the anesthesiologist do something. To his credit, he slammed 10 drugs in about 30 seconds into my IV and I didn’t feel anything for 24 hours.

My girl was here! And she was safe, and alive, and though her life was in danger before, her stats were all completely healthy now. I recovered quickly, walking the halls 12 hours later, and I was excited to get home and be a new family of three.

A week later, I was back in the ER with what everyone assumed was pneumonia as a complication of the surgery. But one ER doctors felt like it was more, and God again was at work. It turns out I was born with a faulty aortic valve and the increased blood volume in pregnancy shredded the already weak valve, allowing massive amounts of blood to leak back into my left ventricle. If left unattended, I would have died of heart failure within a matter of a few short years. Other than that one time, I had no symptoms and would have easily dismissed it otherwise. Instead, my child was born at the perfect time and in the perfect way to get me into open heart surgery to replace the valve and ensure I live to be a good mother
to her.

My daughter saved my life. She will forever be my greatest gift. No two birth stories are alike, and mine is certainly on the scary end of the spectrum. I pray that your story turns out to be smooth and uneventful and that your little one coming into the world will be accompanied with calm, comfort, and ease. Good luck, Mama. You’ve got this—I know it. 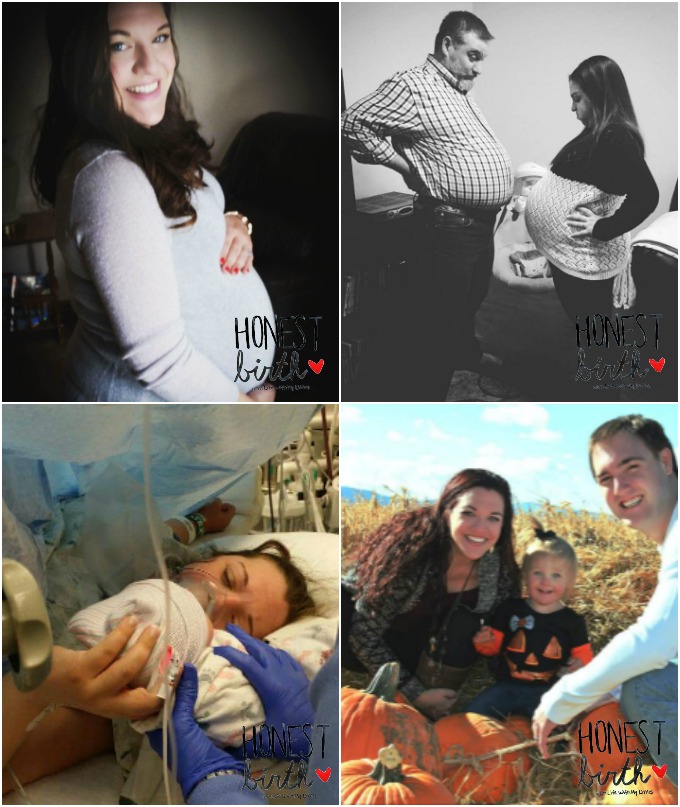 Thanks so much to Katie for offering to be my third guest of the Honest Birth series! Make sure you check out her site Book Ink Reviews, and you can follow Book Ink Reviews on Facebook, Instagram, and Twitter.

I’ve got one more birth story coming your way this month, so keep an eye out!